US being left behind after Asia forms world's biggest trade bloc 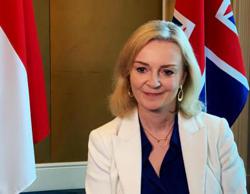 WASHINGTON: The US Chamber of Commerce said on Monday it was concerned the United States was being left behind after 15 Asia-Pacific economies on Sunday formed the world's largest free-trade bloc, cementing China's dominant role in regional trade.

The Chamber welcomed the trade-liberalising benefits of the new Regional Comprehensive Partnership Agreement (RCEP), saying U.S. exporters, workers and farmers needed greater access to Asian markets. But it said Washington should not join the bloc.

RCEP covers 30% of the global economy and 30% of the global population, joining for the first time Asian powers China, Japan and South Korea. It aims in coming years to progressively lower tariffs across many areas.

The United States is absent from both RCEP and the successor to the Trans-Pacific Partnership (TPP), leaving the world's biggest economy out of two trade groups that span the world's fastest-growing region.

Trump in early 2017 quit the TPP agreement, which his predecessor, Barack Obama, had negotiated as part of a U.S. pivot to Asia. Trump has not concluded any comprehensive new trade deals in Asia since then, Brilliant said.

"Given the shortcomings of RCEP, we would not recommend the United States joining," Brilliant said, noting that recent U.S. trade agreements had included stronger, enforceable rules on issues such digital trade, non-tariff barriers and intellectual property protections.

"The United States should, however, adopt a more forward-looking, strategic effort to maintain a solid U.S. economic presence in the region," he said.

"Otherwise, we risk being on the outside looking in as one of the world’s primary engines of growth hums along without us."

Brilliant noted that U.S. exports to the Asia-Pacific market had increased steadily in recent decades but that the market share of U.S. firms had declined.

He underscored the importance of the Asia-Pacific market, citing forecasts that call for an average growth rate of over 5% in 2021 and a rapid expansion in the middle class. - Reuters 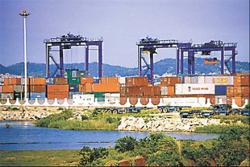