Winners and losers from Budget 2021

KUALA LUMPUR (Bloomberg) -- Malaysia unveiled its biggest-ever budget to help the virus-ravaged economy get back on track for rapid growth.

Here’s a look at the biggest winners and losers.

-- were spared a windfall tax on their supernormal profits. Instead, they will contribute a combined RM400mil to bear some of the costs of a coronavirus vaccine and health equipment.

stand to gain. The government will go ahead in implementing transport infrastructure projects and will allocate RM15bil ringgit to fund the Pan Borneo Highway, Gemas-Johor Bahru electrified double-tracking rail project and phase one of the Klang Valley double tracking project.

The Rapid Transit System Link from Johor Bahru to Woodlands, Singapore and the MRT3 in Klang Valley will also continue. The government will also continue with the High-Speed Rail Project with Singapore because of its multiplier effect on the economy.

To further boost home ownership, the government will extend full stamp duty exemption on transfer and loan agreements for first-time home buyers until the end of December 2025. The government will also set aside RM1.2bil for public housing projects.

Planters The government will allocate RM400mil to write off interest on the debt of farmers under state-owned palm oil plantation agency Felda, as well as for development programs for them.

Malaysia Bhd may be impacted. The government will impose an excise duty of 10% on devices for all types of electronic and non-electronic cigarettes including vape effective starting Jan. 1.

Meanwhile, liquid used in electronic cigarettes will attract an excise duty at a rate of 40 sens per milliliter. 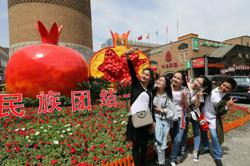