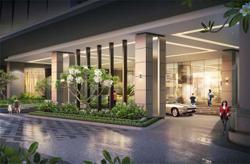 (REIT) in light of the re-emerging Covid-19 situation, which will impact shopper footfall and tenant recovery.

Despite IGB REIT's earnings meeting expectations in the third quarter, Kenanga lowered its FY20-21 core net profit by 8% and 3% to RM216mil and RM288mil in anticipation of weaker earnings in 4Q.

In addition, the research house does not expect the acquisition of Southkey Mall in Johor in the near term and expects it would take at least one reversion cycle for the asset to stabilise before being acquired by IGB REIT, likely in FY22.

Kenanga kept its "market perform" recommendation on the counter but lowered its target price to RM1.60, from RM1.80 previously.

For 9MFY20, IGB REIT's realised net income of RM164.7mil met Kenanga's and consensus expectations at 70% and 74% of full-year estimate respectively.

The REIT's top line was down 23% due to the MCO in 2Q, which resulted in some non-essential tenants receiving rental support on a case-by-case basis.

Realised net income was down 32% due to the weaker top line.

A GDPU of 2.11 sen was declared for the third quarter, which included a 0.02 sen non-taxable portion, bringing 9MFY20 dividends to 4.67 sen.