PETALING JAYA: A 6,482-acre Asia Semiconductor Hub will be developed in Kulim, Kedah, beginning in the second quarter of next year.

In a statement, Green Packet said the strategic partnership was intended to combine the resources, expertise and network of both parties as critical building blocks for the success of the development.

“Strategically located in the northern Malaysia corridor for the electrical and electronics (E&E) sector, which include Penang’s Bayan Lepas free trade zone and Batu Kawan Science Park as well as Kedah’s Kulim Hi-Tech Park, the development aims to further catalyse the expansion of the end-to-end semiconductor value chain and propel to the next stage socio-economic growth in Malaysia and Asia.”

The first phase of construction of the hub is expected to be completed in the third quarter of 2022.

“The facility will primarily focus on leveraging existing capacity and production while also developing the future state in the fields of artificial Intelligence (AI), future automation, Internet of Things (IoT), 5G, augmented and virtual reality, supercomputing, robotics as well as silicon carbide and gallium nitride.”

Commenting on the acquisition, Puan said: “We identified Kulim as a potential site to develop the proposed Asia Semiconductor Hub due to its close proximity to land, sea and air connectivity, which will attract multinational and domestic companies to set up operations.

“In addition, its proximity to the country’s first high-technology centre, the Kulim Hi-Tech Park, where the sole large-scale wafer fabrication Silterra is located, is a tremendous pull factor.”

“The Asia Semiconductor Hub offers a great opportunity for mainland Chinese firms in the E&E sector to source for critical components, devices and service packages that can meet the growing demand for modern electronics products, including the fast-growing AI and IoT segments, and this is only made possible with a critical semiconductor anchor within the value chain.”

It emphasised that E&E accounted for 38% of Malaysia’s export in 2019, of which 59% were semiconductor exports.

“The Asia Semiconductor Hub facility is designed to meet both the needs of global companies while perfectly positioned to also support local Malaysian businesses including small and medium enterprises.”

IBI Holdings Group and Puan have been involved in numerous foreign investments in China worth over 1 billion yuan (RM620.16mil). 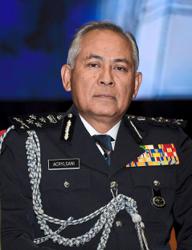