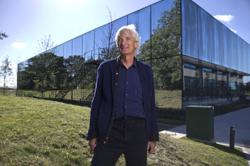 SINGAPORE: Billionaire vacuum-cleaner mogul James Dyson and his wife are selling their Singapore penthouse for S$62 million ($46 million) -- less than the record S$73.8 million they paid for it a year ago -- the Business Times reported, without saying where it got the information.

Singapore’s tallest penthouse, on the top three levels of the 64-story Guoco Tower in Tanjong Pagar, fetched about S$3,000 per square foot, the Times said. It comes with its own infinity pool and private lift lobby from the basement car park.

The Dysons’ purchase of the Wallich Residence penthouse last year set a record for Singapore penthouses. Before he bought it, the apartment, which overlooks the central business district and the city’s historical shop houses, was listed for S$108 million.

The eventual purchase price topped the nearly S$60 million paid by Facebook Inc. co-founder Eduardo Saverin for a penthouse in 2017.

The buyer is Indonesia-born tycoon Leo Koguan, who is a U.S. citizen and Texas resident, and co-founder and chairman of IT provider SHI International, the newspaper said.

The property has been held under the name of Dyson’s wife, Deirdre.

The Dysons also bought a bungalow near the Singapore Botanic Gardens last year for S$50 million, which they still own. - Bloomberg 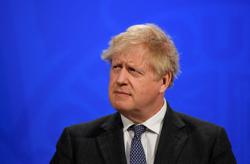 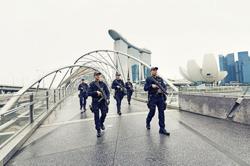