Sky high fares: Singapore Airlines planes parked on the tarmac at Changi International Airport in Singapore. The cheapest price for a Singapore Airlines Ltd return economy seat to Hong Kong was S$558 from yesterday until the end of December, versus around S$400 on Thursday afternoon. — AFP

THE cost of air tickets between two major Asian financial hubs jumped within 24 hours of Singapore and Hong Kong unveiling plans for a travel bubble that wouldn’t require people to quarantine upon arrival.

The cheapest price for a Singapore Airlines Ltd return economy seat to Hong Kong was S$558 from yesterday until the end of December, versus around S$400 on Thursday afternoon before the news was announced, the airline’s website showed.

Return business-class fares rose about HK$5,000 (US$645) to HK$19,000. Cheaper flights were still available on travel websites including Skyscanner Ltd.

The Covid-19 pandemic has hit the flag carriers of Singapore and Hong Kong especially hard because they don’t have any domestic market to fall back on.

Prior to the pandemic outbreak, around one million trips were made between the two regional centres every year, data from the Singapore and Hong Kong tourism boards show. Hong Kong-listed Cathay Pacific Airways Ltd closed up 6.1% on Thursday and rose as much as 6.4% yesterday as investors digested the news.

The agreement could lift Cathay’s monthly revenue by HK$90mil and reduce cash burn by as much as 6%, according to Bloomberg Intelligence analysts James Teo and Chris Muckensturm, who assume revenue on the Hong Kong-Singapore route amounted to about 3% of Cathay’s total pre-pandemic.

Singapore Airlines, which rose as much as 1.4% yesterday, could see a S$15mil boost to monthly revenue and 6% reduction in cash burn, Teo and Muckensturm said. The route also made up about 3% of its revenue before Covid-19, they said.

The number of flights between Hong Kong and Singapore slumped because of the virus, with only 54 round trips filed for October, down 90% from a year earlier, according to the consultancy arm of aviation analytics company Cirium.

“Although the travel bubble will potentially facilitate increase of services by Cathay Pacific, Singapore and Scoot (which has continued to operate minimal services on the route through 2020), demand is expected to remain depressed in the near-term as passenger confidence remains low, ” said Herman Tse, an analyst with Ascend by Cirium.

Still, the bubble plan has encouraged some to book flights or make plans to travel. Singapore-based Clarence Foo, who works for APAC Realty Ltd unit ERA, said four Chinese nationals with Hong Kong residency had told him they planned to fly down to the city-state and purchase luxury apartments.

“They’re constantly asking about the property market – whether it’s recovering and whether prices are coming up, ” Foo said.

“Some had planned to come down earlier in the year but then Singapore imposed border controls.

“They know that the city’s property market seems to be more resilient now as there have been more sales and prices are low, so they want to capitalise on that.”

Under the travel bubble, compulsory quarantine will be replaced by Covid-19 testing. Singaporean Transport Minister Ong Ye Kung told reporters that he hopes the bubble will start in “weeks.”

Other details of the agreement will be fleshed out later, the Hong Kong government said, without giving any date for when the plan will come into effect.

Singaporean Victoria Ho used to travel from Hong Kong home to Singapore every month. After a hiatus, she’s back on a plane this weekend.

Although the bubble hasn’t kicked in, she welcomed Thursday’s announcement, saying it would allow friends to visit and “I’ll be able to pop home to meet with co-workers and clients, because I do have meetings I’d like to make there.”

Tan Wei Lynn, who works in the financial sector in Hong Kong, booked her ticket to Singapore soon after the announcement. She plans to stay for several weeks and not fly back to Hong Kong until December, figuring that by then there will be more details laid out.

“Having to quarantine is what’s stopped me, and a lot of people I know, from travelling, ” Tan said. “Yes, tests are expensive but it’s not about the cost of testing. We can’t afford to quarantine at one side or both sides.” – Bloomberg 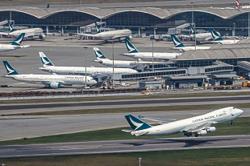