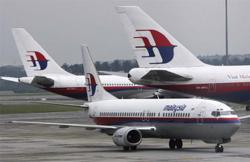 SINGAPORE: Asian refineries’ profit margins for jet fuel have hit their highest levels in two months as demand for heating oil kerosene picked up before North Asia’s winter, but analysts do not expect margins to fully recover until the coronavirus-hit aviation sector is back to normal.

The benchmark also determines the profitability of kerosene, which belongs to the same grade of oil products as jet fuel.

Japan and South Korea have started stockpiling kerosene ahead of winter, trade sources said, with some weather models pointing to colder-than-normal temperatures in Japan at the turn of the year.

But with coronavirus travel curbs likely to continue to ground flights for months and analysts not expecting a meaningful rebound in demand until the second half of 2021, profits are likely to remain a fraction of long-term averages for now.

“While the upcoming seasonal heating demand can alleviate some pressure on jet/kerosene surplus, the problem will return as we come out of the winter period,” said Sri Paravaikkarasu, director for Asia oil at FGE.

Singapore jet fuel refining margins turned positive last week for the first time in more than two weeks and rose to US$1.47 a barrel over Dubai crude – their highest since July 30, Refinitiv Eikon data showed.

Refiners are expected to continue to blend unwanted jet supplies into other fuel pools well into 2021 to secure profit, and minimise jet fuel output due to tepid demand, analysts said.

Asian demand for jet fuel and kerosene in the fourth quarter is expected to be 600,000-700,000 barrels per day (bpd) lower than the same time last year, analysts said.

While appetite for heating could give jet fuel and kerosene profits a small boost during winter months, JBC energy market analyst Philip Jones-Lux said he expected the price spread between jet fuel and gasoil to stay negative through the fourth quarter, suggesting jet fuel prices would remain lower than gasoil prices over that period.

“We expect the incentive to blend some jet fuel/kerosene into the diesel pool to remain until the third quarter of next year and that is dependent on a relative normalisation of aviation demand to within 90% of 2019 levels,” he added.