Meanwhile, executive chairman and CEO Sam Lim (pic) in a recent report attributed the dismal performance to the significant drop in the US car sales and the impact of the Covid-19 pandemic.

, which incurred a net loss in its fourth quarter from a net profit a year ago, could see its earnings recover in the financial year 2021 (FY21), thanks to the recovery in China’s auto sales.

KESM fell to a net loss of RM3.28mil in its fourth quarter ended July 31 from a net profit of RM2.29mil a year ago.

CGS-CIMB in its note said while it was cutting the FY21-22 forecast earnings per share (EPS) to reflect 50%-60% utilisation projection (from 60%-70%), it still expects a gradual pick-up in KESM’s burn-in and testing utilisation rates, especially from the second quarter (2Q) FY21, on the back of inventory replenishment following tight inventory control in the past 18 months and improving end-demand.

For example, NXP Semiconductor expects 10% quarter-on-quarter (q-o-q) sales growth in 3Q of the calendar year 2020, driven by a recovery in China’s auto sales.

An analyst told StarBiz that judging from the recovery in global car sales, he expects the company would see better earnings in FY21.

For example, China continued to experience a surge in demand, recording 11.6% y-o-y growth in August to mark its fifth consecutive month of growth in car sales.

Kenanga Research noted that electric vehicle sales in China grew at a quicker rate of 19% y-o-y for August. Europe’s car sales have also exhibited encouraging momentum coming off the low of -76% y-o-y in April to a current level of -18.9% in August.

The demand for electric vehicles in Europe continued to climb, thanks to regulatory efforts pushing for lower carbon emission among automotive manufacturers.

“To a certain extent, we believe that the emphasis on social distancing has also contributed to the growing preference for private transportation, ” Kenanga said.

The burn-in and test service provider that operates within the tech industry space saw its revenue for the quarter falling to RM46.26mil from RM70.90mil in the same quarter a year ago.

Meanwhile, executive chairman and CEO Sam Lim in a recent report attributed the dismal performance to the significant drop in the US car sales and the impact of the Covid-19 pandemic.

The company’s board is proposing a final tax exempt dividend of six sen to be approved at the coming AGM on Jan 7,2021.

CGS-CIMB reiterated its “reduce” stance on the company but with a higher target price of RM7.50. It said this was based on CY21 forecast price to book value (P/BV) of 0.9 times in view of a recovery in automotive semiconductor demand going into 2021.

“Prolonged demand weakness and further supply chain disruptions due to the Covid-19 outbreak are potential de-rating catalysts. Faster-than-expected recovery in automotive semiconductor demand is a key upside risk, ” it noted.

On the other hand, Kenanga Research is maintaining its “Market Perform” call on KESM with a higher target price of RM8.60 from RM7.40 previously. 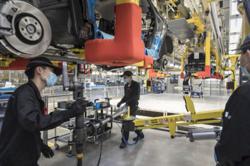 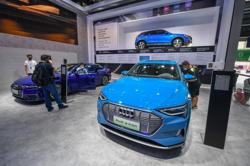