(TNB) taking control of one of the UK’s largest solar platforms, Vortex Solar Investment S.a.r.l, raises the question if more developments are in the pipeline for TNB’s renewable energy (RE) arm.

For one, TNB president and chief executive officer Datuk Seri Amir Hamzah Azizan (pic below) had said in a statement on Thursday that TNB will continue to expand in the region (UK and Europe), in line with the group’s international RE growth strategy.

He added that the regional expansion will be carried out through the restructuring of Vortex Solar and Tenaga Wind Ventures UK Ltd (TMV) into a renewable asset company, aimed at owning, operating and managing a portfolio of RE assets in the UK and Europe. 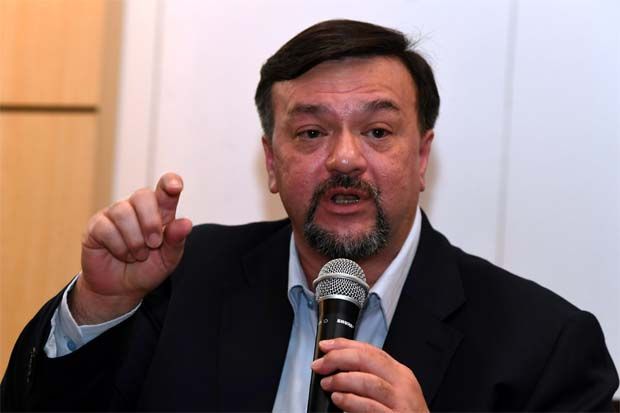 An industry observer notes that TNB has been looking to grow its RE portfolio for some time.

In fact, TNB’s expansion of its RE portfolio remains as the group’s top priorities for future energy generation sources.

In its 2019 annual report, the group highlighted its aims to grow its RE capacity and expand capacity into selected international strategic markets with strong growth prospects.

In line with its commitment to diversify energy sources with an emphasis on RE, TNB invests annually in research and development (R&D) for RE and environment sustainability.

Last year, the investment allocation for RE and environment sustainability amounted to RM21.73mil, making it the second largest research area after R&D investments on grid network enhancement.

Despite TNB’s emphasis on growing its RE portfolio, an investment banker opines that it is too early to see if TNB will spin off its RE business for an initial public offering (IPO).

“My view is that TNB is more focused on the ongoing restructuring exercise to split its retail and generation businesses into two separate holding companies.

“The restructuring is something the group will want to complete first, before considering to list its RE business.

“Another point to take into account is the size of TNB’s RE assets – will the RE portfolio be sizable enough to stand on its own?” the banker points out.

Recall that in August last year, TNB proposed an internal reorganisation that will result in two new wholly-owned subsidiaries, namely domestic power generation (GenCo) and electricity retail businesses (RetailCo), as part of its strategic transformation plan to embrace future reforms in the industry.

The reorganisation is expected to be completed by the third quarter of 2020.

Post-restructuring, TNB’s RE business will be a subset of the power generation business.

The banker adds, “But, it will be interesting to see the size and scale of TNB’s RE portfolio going forward.

“Perhaps then, when the two holding companies are of a certain market capitalisation, TNB can consider listing its RE portfolio of businesses.”

On Thursday, TNB announced that it had acquired another 5% equity in Vortex Solar, thereby increasing its total equity interest in the company to 55%, granting TNB majority control.

The transaction was priced at £11mil (RM59mil).

Vortex Solar owns 24 operational solar farms with a total combined capacity of 365MW, making it one of the largest solar platforms in the UK with Renewables Obligation Certificate subsidy scheme.

Kenanga Research, in a note, said the additional 5% equity acquisition was expected, as guided during a conference call last month in conjunction with TNB’s financial results announcement.

The research house views the acquisition as fairly attractive, given that TNB now owns majority control of the RE asset.

“We keep TNB an ‘outperform’ at a target price of RM13.95, which is based on a three-year mean price-earnings ratio of 14.9 times, ” says Kenanga Research.

TNB’s Amir describes the acquisition as a key milestone in the group’s commitment to reduce its carbon footprint and grow its international RE business portfolio.

“The acquisition forms part of TNB’s new strategy of growing its RE businesses in the UK and Europe.

“It is a deliberate move to take control of our high-performing RE assets, beginning with the acquisition of 100% equity in TMV earlier this year, ” he says, adding that TMV has the largest feed-in-tariff wind portfolio in the UK.