GENTING group’s biggest problem lies with its 75% controlled Genting Hong Kong Ltd that is in the luxury cruise business. Battling a US$3.3bil debt, its biggest asset is its fleet of vessels that can be used as collateral to raise capital.

But the problem is that there is too much supply of debt tied to the cruise ships in the market now and it may have to pay an expensive price to refinance the debt.

The world’s top three cruise operators – Carnival Cruise, Royal Caribbean Cruise and Norwegian Cruise Liner – have raised a total of US$23.9bil from the capital markets since April this year. The debts are collateralised by the ships they own, which can easily be anywhere between US$500mil and US$1bil each to build.

Because interest rates are so low, there is a frenzy for the bonds issued by these cruise liners that offer high yields. For instance, investors armed with US$13bil chased for Carnival Cruise bonds of US$4bil. The reason is because it offered a yield of almost 11.5%.

Genting Hong Kong has a fleet of cruise ships that are much sought after. But the question is how much would it cost to issue new debt papers or refinance the existing debts?

Exacerbating the situation is the uncertainty as to when the industry will resume. The longer the ships are lying idle, the faster its value falls while the cost of keeping it “warm” for operations remains.

Although the cruise operations have stopped, cruise ship owners have to maintain their vessels in what is known as “warm lay-up.” It generally means maintaining a small crew to keep the ship in working order such as running engines and maintaining its luxurious structures.

Some smaller operators that are unable to sustain have started to sell their vessels for scrap. Even the bigger ship operators such as Royal Caribbean are reported to have sold three of the vessels for scrap because keeping it in hibernation can be costly.

Tan Sri Lim Kok Thay, chairman and CEO of Genting Hong Kong, has casino and entertainment operations all over the world with his flagship located in Genting Highland in the borders of Pahang and Selangor. From the coast of the US to the Philippines, the Genting group’s operations are affected.

However, the worst is the cruise operations under Genting Hong Kong. To make matters worse, this part of the business is something that Lim is passionate about and that he has built differently compared to his late father, Tan Sri Lim Goh Tong.

This year was supposed to be a breakthrough year for Genting Hong Kong. Lim’s fleet of luxury ships under Dream Cruises took the Asian market by storm in 2019.

The Dream Cruises fleet comprising Genting Dream, World Dream and Explorer Dream established itself as the leading cruise operator in Asia plying the seas off China, Taiwan, Japan, South Korea and Singapore where the cruise market is growing at health levels.

For the first half of last year, Genting Hong Kong’s earnings before interest, tax, depreciation and amortisation (EBITDA) swung back into positive to US$76.9mil compared with a loss of US$45mil in the corresponding period in 2018.

The results paved the way for a group of private equity funds taking up a stake in the Dream Cruises ships. In August 2019, TPG Capital Asia, TPG Growth and Ontario Teachers’ Pension Plan of Canada forked out US$488.6mil for a 35% stake in Dream Cruises Holding Ltd.

The investment by the funds were based on Dream Cruises achieving certain profitability levels and Genting Hong Kong launching of the Global Class of luxury ships that are built in its shipping yards in Germany next year. The first of the Global Class of ships – Global Dream – was slated to come with the world’s longest roller coaster on a cruise ship.

But the Covid-19 pandemic has pushed everything back. Since March this year, cruise operators have raised money using the ships as collateral to deal with the high cash burn rate while waiting for the business to resume.

The cruise business survived the virus of SARS, MERS and even 9-11 terrorist attacks. The value of more than 350 vessels valued at US$150bil deteriorates as the months go by without them being able to resume operations.

Normally a cruise ship has a lifespan of 40 years. But now the life span is being cut short because of the uncertainties.

For Lim, his biggest problem is his expansion came at the wrong time and its exposure across the value chain of the cruise business.

Genting Hong Kong employs 14,500 employees as of June 2019 to operate its fleet of vessels. Apart from that, it also owns two large shipyards in Germany that specialise in building cruise ships.

The shipyards were acquired in April 2016 for RM1.04bil (230.6mil) to drive Genting Hong Kong’s push into the global cruise business.

The logic to control the supply chain of the cruise business is for Genting Hong Kong to be in control of the delivery of new ships.

But when the downturn happens, Genting Hong Kong is hit on both ends of the value chain.

The shipyards had not been in operation since March this year and the group is hoping for some assistance from the German government while Genting Hong Kong’s cruise operations have been suspended since February.

The group resumed operations in Taiwan in July, offering island hopping services. However, it can only accommodate one-third its capacity to adhere to social distancing. Also the crew has to go through a rigorous quarantine process. Genting Hong Kong has also been invited to commence sailing in Hainan, China, but so far there has not been any developments.

The biggest hurdle for cruise ships is gaining traveller confidence that they would be able to go on a vacation on a cruise ship and disembark without being forced to undergo a stringent quarantine process.

Public trust on cruise ships severely eroded when hundreds of passengers were stranded in Diamond Princess for weeks beginning February because some of the passengers contracted Covid-19. Several other cruise ships also suffered similar fate.

Worst is not many ports welcomed the passengers and the ship, leaving a black mark for the industry.

It will take some time for cruise business to recover and passengers to gain confidence. In the meantime, the cruise ships are moored in ports and seas causing a cash burn for the owners.

In a move to conserve cash, Genting Hong Kong has delayed its capital commitments of US$1.3bil, which is mainly for building ships in its own yard in Germany. It is also in talks with creditors on repayments and in the midst of seeking investments from private investors.

The biggest assets of Lim’s cruise business are the vessels. There would be no short of investors prepared to undertake schemes offered. Apart from bonds issuance, the vessels can be monetised through sales and lease back arrangements.

But everything boils down to certainty as to when the cruise operations will resume. The higher the uncertainty, the higher the price Lim pays.

M. Shanmugam is former specialist editor of the Star. Views expressed here are the writer’s own. 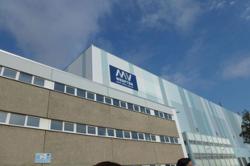