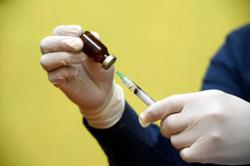 PETALING JAYA: The growth rate of average selling prices (ASPs) for gloves is expected to slow in the coming months but that is not going to dissuade Top Glove Holding Bhd from committing RM8bil in capital expenditure for expansion over the next six years.

Top Glove executive chairman Tan Sri Lim Wee Chai said the ASPs for nitrile gloves is currently US$70 per 1,000 pieces and is expected to increase by 30% in October and 15% in November.

“For November onwards, we expect another 10% increase in ASPs for nitrile gloves, depending on the situation, ” he told reporters after Top Glove’s fourth-quarter result briefings. Nitrile gloves account for 47% of Top Glove’s production.

Lim said the group’s capacity, which is currently at 85.5 billion pieces of gloves per year, is fully booked for the next 400 to 620 days, or between one and two years.

Over the next six years, the group is targeting to increase its glove production capacity by an additional 100 billion pieces, or more than double its current capacity.

“We plan to invest RM1.9bil for financial year 2021 (FY21) to build new factories and to buy new machines and land, which will be an organic growth for us, ” he said.

In FY21, the group is targeting to increase its production by 19.5 billion pieces of gloves or 23% to 105 billion gloves.

“Post-Covid-19, with the vaccine available, we expect glove usage to be stronger than pre-Covid-19 due to increase in healthcare and hygiene awareness, ” Lim said.

This was despite the fact that the fourth-quarter profit of RM1.29bil was nearly 18 times higher than the RM74.17mil earned a year earlier.

Its revenue for the quarter almost tripled to RM3.11bil from RM1.19bil in the fourth quarter last year.

The group attributed its extraordinary performance to strong demand for gloves arising from the pandemic, higher ASPs, stable raw material prices and a significant reduction in its interest cost after fully settling its RM654mil loan.

“We believe there are miles to go before we peak and are looking forward to the next level of growth in FY21.

“With a triple-digit increase in the group’s monthly order book, we expect to continue delivering solid results well into FY21, ” he said.

Following its performance, Top Glove announced a final dividend of 8.5 sen, amounting to a payout of about RM691.8mil to shareholders.

Top Glove said that in FY20, net cash generated from operating activities was RM3.17bil compared with RM530mil in FY19.

Top Glove posted an annual net profit of RM1.87bil for FY20, which was the highest ever achieved by the group, compared with RM364.68mil in FY19. Its revenue surged more than 50% to RM7.24bil from RM4.8bil previously.

Top Glove is targeting a listing on the Hong Kong stock exchange next year.

Lim said the group is currently talking to bankers for the potential initial public offering (IPO) of Top Glove in Hong Kong. Its shares are listed on Bursa Malaysia and Singapore.

“It’s only a plan and we are talking to the bankers to see which is the most suitable method to go for listing in Hong Kong, ” he told reporters after Top Glove’s result briefing yesterday.

Lim pointed out that the listing in Hong Kong was to expand the company’s presence and make it more visible in the global market. 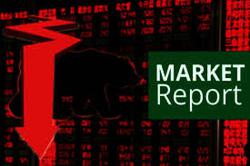