Testing the love for gloves

PETALING JAYA: Brokers have come out to defend the battered glove makers after profit-taking saw a number of glove stocks lose around half of their peak values in recent weeks.

Analysts are backing the belief that glove prices will continue to rise even amid news of an imminent Covid-19 vaccine, which would dampen the demand for gloves.

Some research houses though, have been quick to change their stance.

, often seen as a bellwether for the glove sector because of its size, to RM5.40, lower than 45% of the adjusted price post its bonus issue price.

The report was much talked about because in a period of just 15 days, Macquarie changed its call on the stock from an out-perform to an under-perform.

In justifying the downgrade, Macquarie said that while the growth in average selling prices (ASPs) of gloves remained strong at about 15% to 20%, the earnings of Top Glove would likely peak by the second half of next year and suggested that investors take profit when there is an upturn on the price.

Ahead of an earnings announcement by the glove makers, some brokerages came out with reports reinforcing their buy calls on the sector.

CGS-CIMB said the outlook for the rubber glove sector remains bright and concerns about a decline in average selling price (ASPs) remain unwarranted.

The research unit expects ASP hikes up to at least the first quarter of 2021, due to the recent increase in raw material prices and acute global shortage of gloves. 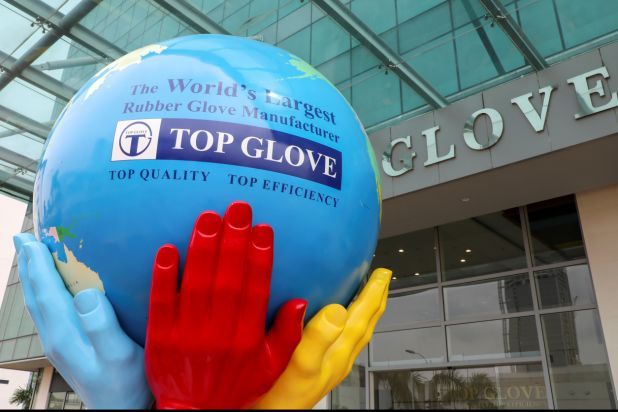 Based on its estimates, glove ASPs could rise by 10% to 45% sequentially in the next quarter to between US$50 and US$100 per 1,000 pieces, which was above its forecast.

It said certain glove buyers were willing to offer fixed ASPs at a substantial premium to current ASPs with a minimum one-year contract tenure to secure glove supply.

This, the broker said, should provide certainty of ASPs for 2021 if glove-makers agree to these contracts.The CGS-CIMB report noted that many developed markets with high glove usage per capita, such as the United States and United Kingdom, have continued to record new highs in daily Covid-19 cases.

The situation might worsen as western countries head towards the winter months.

Regarding a potential windfall tax, glove-makers and the Malaysia Rubber Glove Manufacturer Association (MARGMA) indicate there has been no engagement with the government.

The CGS-CIMB report said a windfall tax on the glove sector would have long-term negative implication as this would drive glove-makers to countries with a more conducive business environment.

Glove stocks have come under selling pressure for the past two weeks with news of a Covid-19 vaccine development.

The CGS-CIMB report said glove demand is unlikely to taper off even with a vaccine, as glove use will in fact increase when people rush to be vaccinated.

It also said the Malaysian glove sector was trading attractively at 16.7 times 2021 forecast price-to-earnings ratio (P/E), a 24.3% discount on its five-year mean P/E of 22.1 times. Maybank IB Research issued a report on Top Glove Corp yesterday and raised the company’s estimated earnings per share for financial years 2020,2021 and 2022 by 6%, 63% and 224% respectively on higher ASPs.

The research unit said due to strong demand, the ASP hike for latex powder-free gloves has accelerated for November by 10% month-on-month. It was 5% higher month-on-month in October, it said.

Some customers have shifted their orders to latex powder-free gloves as the sales lead time of 15 months is shorter than the 19 months for nitrile gloves.

It also noted that there is still room for Top Glove to raise its ASPs further as the price of latex powder-free gloves from Thailand’s Sri Trang Gloves was 15% higher.

’ ASPs are three to six months behind those of Sri Trang and Top Glove, but both companies are expected to raise their ASPs to narrow the gap.

The share prices of the glove companies have retreated somewhat since the peaks seen in August, and last Thursday, prices plunged to a two-month low. Top Glove spent RM100mil on a single day last Thursday to buy back its shares.

But since last Thursday, glove stocks have rebounded strongly. 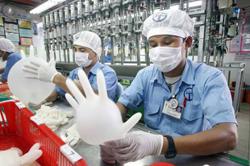 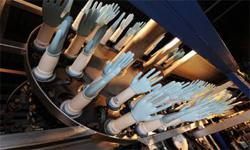