“If the central banks in India, Indonesia, and the Philippines progress to debt monetisation, however, this could undermine investor confidence, ” S&P Global Ratings said.

It said in a statement on Monday sovereign-bond purchases by emerging market central banks have not spooked the markets because investors accept these operations as Covid-19 emergency actions.

“If the central banks in India, Indonesia, and the Philippines progress to debt monetisation, however, this could undermine investor confidence, ” it said, based on its report titled "EM central banks risk reputations with bond-buying programmes."

This year, to counter Covid-19-induced economic pain, the central banks of India and the Philippines have together purchased an additional US$24bil of government bonds. Bank Indonesia also started its bond purchasing in July.

The policy developments have so far not triggered high inflation or spikes in financing costs in these economies.

“We believe this reflects the credibility of the central banks concerned, and investors' patience for aggressive action in the face the pandemic, ” the rating agency said.

However, if investors begin to view government reliance on central bank funding as a long-term, structural feature of the economy, these monetary authorities could lose credibility.

In this scenario, the central banks are effectively "monetising" the fiscal deficit by using money creation as a permanent source of government funding.

In some cases, this could weaken monetary flexibility and economic stability, which could increase the likelihood of sovereign rating downgrades.

This may trigger large capital outflows, devaluing the currency and prompting domestic interest rates to rise, as seen in Argentina over parts of the past decade. 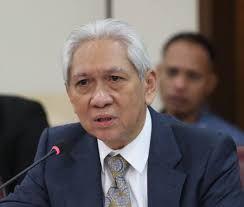