The fund managers, the sleuths and the mystery of the missing ESG

LONDON: If fund managers are serious about clean investments, they need to get their hands dirty.

He has turned ESG detective in the past, flying to southern India after reading studies that found high water pollution levels around some factories mass-producing medicines.

Accompanied by a cameraman, Beslik spent 10 days meeting villagers and taking samples from streams close to the plants supplying companies that his then-firm had invested in.

He said his samples were confiscated by airport authorities, but that he sent his video evidence of foaming scum in streams to 27 international and local companies with operations there.

“We got a response in a week from all of them, ” he said, adding that most were keen to fix the problem. Returning to India a year later, he found many of the factories had “improved the capacity of the water-treatment plants”.

Beslik’s visits were in late 2017 and 2018, but he says it’s now more important than ever to probe ESG credentials, rather than relying on ratings assigned by data providers that are often based on self-reporting by companies.

Investor demand for companies deemed to have high ESG standards has never been higher. ESG-focused funds manage US$1.1 trillion, more than double 2016 levels, according to industry tracker Morningstar.

As much as anything, such investments are a way to mitigate risk; Bank of America estimates more than US$600bil of S&P 500 company market capitalisation alone was lost to “ESG controversies” in the last seven years.

Wirecard collapsed into insolvency in June after disclosing a 1.9bil hole in its accounts. Boohoo launched an independent review of its supply chain in July and defended its business practices, following newspaper allegations about low pay and poor conditions at suppliers’ factories in the city of Leicester.

Beslik, who heads a team of eight ESG specialists at J. Safra Sarasin, is now focusing on Democratic Republic of Congo to assess mining of cobalt, a key component of batteries used by tech firms and carmakers. The cobalt industry has been dogged by allegations of child labour and environmental damage.

He is by no means the only player turning ESG sleuth, reflecting the shifting demands of the investment industry.

Vontobel Asset Management’s head of ESG, Sudhir Roc-Sennet, employs three ex-investigative journalists to bolster his traditional team of analysts. A central element of their job is kicking the tires on ESG scores.

One example concerned Nestle. Despite the firm’s AA ESG score from one provider, Vontobel became concerned in 2018 about media and NGO reports of excessive water use at Nestle’s US bottled water subsidiary.

It’s unclear whether Vontobel’s efforts led to Nestle reducing its water intensity, which had been falling for years across its businesses.Nestle said the amount of freshwater used per bottle at the US subsidiary was one of the lowest among beverages and its “team of engineers, hydrologists, biologists and geologists consistently monitors and cares for the springs and local environment in California”.

“The water division is small and Nestle’s other business is sustainable, ” he said.

When data isn’t available, basic detective work is the answer, he says.

To assess diversity among senior management at companies, for example, he has scoured the web to check “thousands of photos and names, doing Google and LinkedIn searches on people’s backgrounds”.

Providers of ESG scores, including Sustainalytics, MSCI and Refinitiv, which is part-owned by Reuters News’ parent company, say that alongside company disclosures they use external sources including media and NGO reports. Some, like Truevalue Labs, say they eschew company data altogether. — Reuters 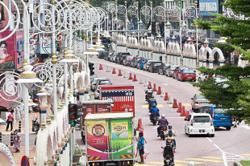