KAF, in its report on Property: Improvement in Loan Approvals, said housing loan applications in June-July amounted to RM25bil and RM30bil, respectively, much higher than with 2019’s monthly average of about RM22bil.

PETALING JAYA: Loan approvals improved in the June-July period compared to April and May when the country was under the more stringent movement control order (MCO), KAF Research said.

The MCO was relaxed on June 10.

“We also believe the lower approval rate in June was due to low residential loan applications in April-May. We expect stronger loan approvals after July.”

On a year-to-date basis, disbursement was 36% lower compared with the the January-July period a year ago.

Due to the unprecedented business and economic standstill during the more stringent MCO, the recovery movement control order period saw residential loan applications and approvals picking up in June and July combined, with applications rising a staggering 223% and approvals 160%, KAF said.

“If this trend were to continue until the end of the year, (it is) likely that the contraction in the amount disbursed this year will narrow to only slightly above 20% year-on-year (y-o-y), from the current year-to-date contraction of 36% y-o-y, ” the report said.

It said last year’s Home Ownership Campaign (HOC) spurred demand for housing, with total transactions improving by 6% y-o-y, generating more than 200,000 transactions. This led to a reduction in completed unsold units, also known in property parlance as an overhang.

That 2019 HOC saw stamp duty waivers and rebates and discounts on housing. The current HOC has additional measures which include the removal of the 70% loan-to-value (LTV) cap on the purchase of the third house onwards. The government also tweaked the real property gains tax (RPGT).

The report said it is the removal of the 70% LTV that “should lead to a significant pick-up in upper-end market transactions”.

“Eventually, (this pick-up) would anchor the recovery of the mass market, ” it added.

Bank Negara implemented the 70% LTV in late 2010 as a result of multiple-unit purchases by single borrowers, “suggesting increasing investment activity of a speculative nature, ” a 2010 Bank Negara release said.

As for property counters themselves, the report said valuations are “cheaper” today and developers with strong institutional backing or strong balance sheets are likely to survive the market shock.

Meanwhile, Kenanga Research is also upbeat about the loan growth scenario. Looking at household loans, it said this was driven by a broad-based rise in loan disbursements, especially for big-ticket items like auto purchases and mortgages.

On a broad-base, loan repayments also picked up in July despite the moratorium with RM22.7bil in July versus April’s 15bil and March’s RM30bil. The moratorium ends on Sept 30.“Loan disbursements outpaced repayments, ” the Sept 1 Kenanga report said.

In terms of approvals, the research firm said July approvals rose 39% compared with June, driven mainly by the purchase of houses and cars. 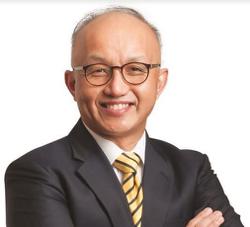 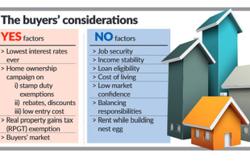 To buy or not to buy?