Pre-tax profit, however, was 1.6% higher year-on-year to RM97.9mil compared to RM96.4mil previously on the back of higher revenue growth, lower depreciation charges and lower interest expense.

In a filing with Bursa Malaysia yesterday, the telco said the earnings were partially offset by a net loss on foreign exchange, a write-off of property, plant and equipment and an increase in staff-related costs.

Moving forward, the group said its two new data centres in Bangkok and Cyberjaya should be operational by year-end and are expected to ensure future revenue growth and benefit the group strategically in the longer term.

“Owing to the longer term approach that we’ve always taken for the business, we’ve been able to continue driving growth for the first half of 2020.

“Coverage expansion and service quality remain priorities for the group as we support our customers in an increasingly digital environment, ” said Afzal Abdul Rahim, Time’s commander-in-chief. 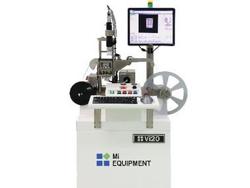