FRANKFURT: Deutsche Boerse AG will remove Wirecard AG from its benchmark DAX index ahead of a regular quarterly review following the collapse of the payments company amid allegations of accounting fraud.

The decision was taken following consultations with market participants conducted after Wirecard declared insolvency in June. The results favoured immediate removal of bankrupt companies from the index, rather than waiting for the review.

Delivery Hero AG is seen as the most likely candidate to take the spot among Germany’s most valuable companies, according to the latest index ranking list.

“According to the new rules, insolvent companies shall be removed from the DAX Selection Indices with two trading days’ notice, ” Deutsche Boerse said in a statement. Wirecard’s successor will be announced on Aug 19, with the changes taking effect from Aug 24.

Delivery Hero’s stock hit a record high in July as virus-induced lockdowns sparked increased demand for its food delivery services. The possibility of the company joining the DAX is seen as controversial among some market participants, as it has yet to report an annual profit. That raises questions about the suitability and sustainability of including it alongside heavyweights such as Siemens AG and SAP SE.

Irrespective of the current change in the rules for dealing with insolvent companies, an in-depth review of the DAX rules would be conducted, Deutsche Boerse said. For this purpose, another extensive market consultation will be launched, with results expected by the end of the year.

Wirecard filed for insolvency after admitting that almost 2 billion euros (US$2.4bil) in previously reported cash didn’t exist. The scandal has continued to widen and threatens to engulf top politicians, regulators and auditors. 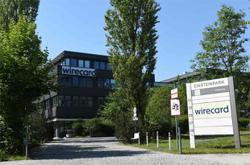