Big dip in most healthcare stocks 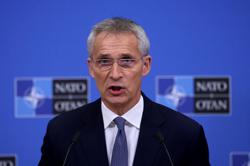 Shares of all seven glove manufacturing-related counters plummeted by over 10% as investors scrambled to exit on fear of future drop in demand. The bourse’s worst performers list yesterday was also dominated by glove players.

PETALING JAYA: Russia’s claim to have discovered the world’s first Covid-19 vaccine has badly affected the trading of Covid-19 theme stocks on Bursa Malaysia that have rallied over the past months.

This was only further exacerbated by the retreat on Wall Street a day earlier and the mixed sentiment in the regional stock market, causing panicky investors to dump most lower liners on the local bourse.

Shares of all seven glove manufacturing-related counters plummeted by over 10% as investors scrambled to exit on fear of future drop in demand.

The discovery of a workable inoculation would mean that Covid-19 cases globally would naturally decline and the demand for gloves would also suffer a major hit.

Surely, the impact of Russia’s vaccine, dubbed as Sputnik V, was not only felt by the glove players alone.

The broader Healthcare Index declined by over 6% and was the worst performing index of the day, followed by the Energy Index.

Many companies that have previously announced their venture into the personal protective equipment (PPE) business to ride on the Covid-19 bandwagon suffered a major blow on their share prices.

However, not all healthcare players turned red.

, which were identified by the government previously to have the capacity to bottle Covid-19 vaccine, rose by 2.6% and 5.1%.

While the Sputnik V vaccine by Russia offers a fresh sign of hope against the devastating pandemic, it is still early to celebrate.

The vaccine has yet to undergo the Phase 3 efficacy trial, which is crucial to confirm the inoculation’s safety. It remains to be seen how effective the Sputnik V vaccine will be against the coronavirus.

Malacca Securities Research expects investors to return to the healthcare stocks, which have been trading at overheated levels, after a correction.

“The pullback in healthcare stocks is deemed to be healthy for investors to digest their recent gains before returning to the scene again in the foreseeable future, ” said the research firm.

Bloomberg quoted Citi Research analyst Megat Fais as saying that the rally seen among glove stocks in Asia would continue, despite news of a potential vaccine.

Megat noted that the lead time on orders to Asian glove makers have lengthened to about 12 months from pre-Covid levels of one to two months.

“Even with a vaccine, a structural step-up in glove usage is on the cards as the pandemic may well accelerate the narrowing of the gap between emerging-market and developed-market glove consumption, ” the analyst said in a note.

Banks and Genting closed higher yesterday but the gains were not enough to prevent the FBM KLCI from slipping into the red as investors took profit on Top Glove and Hartalega.

Across the stock exchange, sentiment was overwhelmingly bad, with about three to one or 907 losers to 315 gainers. A total of 295 counters were unchanged.

pared losses with a late evening push, after being hammered down badly earlier in the day.

A trader told StarBiz that investors have turned cautious ahead of the second-quarter gross domestic product data to be announced tomorrow.

“Investors need clarity on the outlook for the economy for the second half, ” he said.

Looking ahead, Hong Leong Investment Bank Research said the broader market sentiment on Bursa Malaysia is likely to remain subdued in the next few days, amid extended profit-taking consolidation particularly on penny stocks and lower liners.

“However, we reckon that rotational sectoral buying (such as energy, financial services, healthcare, technology, ACE Market and others) will continue to keep overall trading volume buoyant.

“Overall, there is no change to the general trend for the FBM KLCI, as it is still locked in a sideways band with a slight negative bias in wake of the ongoing domestic political uncertainty, a weak August reporting season, the increasing numbers of new Covid-19 clusters, and intensified US-China geopolitical tension. 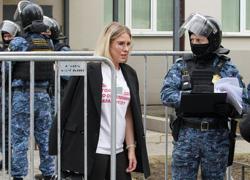