Despite the writedown, Berkshire said second-quarter net income surged 87% because of gains in stock investments such as Apple Inc as markets rebounded.

Operating profit fell 10%, cushioned by a temporary bump at the Geico auto insurer, as the pandemic caused “relatively minor to severe” damage to most of Berkshire’s more than 90 operating businesses.

“The writedown was prudent, ” said Cathy Seifert, an equity analyst at CFRA Research.

“It’s a recognition of what the market has long believed, that the purchase price was rich, and the integration not as smooth as many would have hoped.”

Berkshire, which paid US$32.1bil for Precision in 2016 in its largest acquisition, and which Buffett at the time called a steep price, said Covid-19 caused airlines to slash plane orders, significantly curbing demand for Precision’s products.

Buffett himself soured on airlines during the quarter, selling US$6bil of their stock and telling shareholders on May 2 the industry’s future had become “much less clear to me”.

Berkshire said Precision, which also makes industrial parts, saw revenue fall by one-third and plans an “aggressive restructuring” to shrink operations. Precision ended 2019 with 33,417 employees, and has shed 30% of its workforce.

During the quarter, Buffett, who turns 90 on Aug 30, also took advantage of Berkshire’s underperforming shares by repurchasing US$5.1bil of stock, even as the pandemic reduced other companies’ ability to buy back their own shares.

Berkshire’s stock has significantly underperformed broader markets since the end of 2018, and Seifert said investors should welcome the buybacks.

“Berkshire tends to go against the grain, and when so many companies suspended buybacks, Berkshire did the opposite, ” she said. “The market should react positively, because it shows Berkshire is confident in its prospects.” Those repurchases confirmed Berkshire’s hint in a July 8 regulatory filing it had become more aggressive with buybacks after loosening its buyback policy in 2018.

Berkshire businesses suffering from the pandemic also include the BNSF railroad, which saw lower shipping volumes, and retailers including See’s candies that temporarily closed stores.

Companies in which Berkshire recently made large investments have also been struggling. Berkshire recorded a US$513mil loss on its 26.6% stake in Kraft Heinz Co, after the food company took several writedowns including for Maxwell House and Oscar Mayer.

That followed a US$49.75bil first-quarter loss. 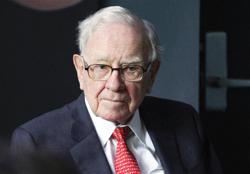 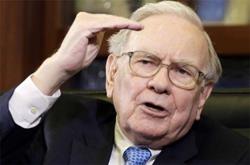 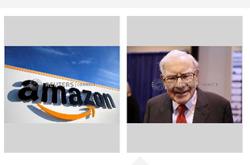