SEOUL: Korean Air Lines Co reported a profit in the second quarter as its strong cargo operations offset a coronavirus-led slump in air travel that triggered massive losses for the global aviation industry.

The parent of Asia’s second-biggest cargo airline said its operating profit in the three months through June was 148.5 billion won (US$125mil), compared with a 101.5 billion-won loss in the same period last year, when it was hobbled by high fuel prices.

While uncertainties in the second half remain, Korean Air plans to expand its cargo fleet by using more passenger planes, it said in a separate statement.

The results buck a trend of airlines suffering record losses as they operate only skeleton fleets because of the virus. The grounding of more than a third of the world’s passenger jets hits cargo capacity as freight is often shipped in the bellies of planes.

Cargo operators flying medical supplies, electronics, food and other goods can benefit from tighter capacity, though, with average airfreight rates soaring 91% from the first three months of the year.

The airline remains pressured by trillions of won in debt coming due this year. To help it through, it raised about 2.3 trillion won from a share sale and aid from state-run banks, and it also is in talks to sell its in-flight catering and duty-free businesses.

Like many other airlines, Korean Air cut salaries and instituted a leave programme for staff. — Bloomberg 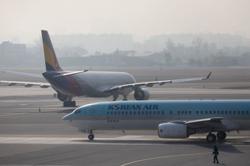 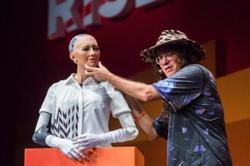