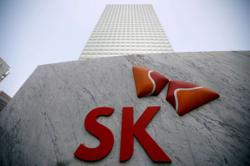 (THHE) have been advised to vote in favour of exempting Urusharta Jamaah Sdn Bhd (UJSB) from undertaking a mandatory takeover offer.

In the circular issued, it recommended the non-interested shareholders to vote in favour of the resolution pertaining to the proposed exemptions to be tabled at the EGM on Aug 14.

To recap, on Feb 13,2015, THHE proposed to undertake a renounceable rights issue of up to 1.20 billion Islamic irredeemable convertible preference shares (ICPS-i) at an issue price of 25 each to raise RM300mil.

Pursuant to the rights issue, Lembaga Tabung Haji (LTH), being THHE’s major shareholder at that time, said it would subscribe in cash its entitlement of up to 356.43 million ICPS-i amounting to a maximum of RM89.11mil and up to 743.56 million ICPS-i up to maximum of RM185.98mil which were not subscribed.

Accordingly, LTH subscribed for 1.097 billion ICPS-i and following the completion on Sept 14,205, they were listed on the Main Market.

Each ICPS-i is convertible into one new THHE share during the five year period when they mature on Sept 7,2020. As at the last practical date, there were 1.099 billion outstanding ICPS-i.