In Britain, not a single retailer in the FTSE 350 is run by a woman. On the continent, only 3% of the 87 main consumption and retail goods companies are female-run, according to a report in January by the European Union-backed European Women on Boards.

If there is one sector where women should probably be calling the shots, it’s retail. After all, they are its biggest customers and they account for a bulk of its workforce.

Yet women are mostly absent from corporate suites at European retailers, and Melanie Smith fears the virus may have made matters worse.

“A lot of things I have seen make me worry that women have gone back 20 years during the pandemic, ” says the chief executive officer of online UK grocer Ocado Retail and one of the few female leaders in European retail, noting that women carried much of the burden of home chores and childcare during the lockdown, leaving them with less time for their careers.

Even before the virus struck, a decade of gender-equality efforts have put only a handful of women in key executive positions in the European retail sector.

In Britain, not a single retailer in the FTSE 350 is run by a woman. On the continent, only 3% of the 87 main consumption and retail goods companies are female-run, according to a report in January by the European Union-backed European Women on Boards.

That’s even though studies over the years have shown that globally, women drive between 70% and 80% of all consumer purchasing. They also make up most of the retail industry’s workforce.

A Bloomberg survey of the top two dozen listed retail, fashion and luxury firms in Europe found female employees accounted for 63% of the workforce on average. Yet less than a quarter of these companies had women in top leadership roles.

While many companies have set lofty gender targets and have added women to their supervisory boards - often rubber-stamping bodies - they have few female executives making high level management decisions.

Germany’s Adidas AG - which counts Beyonce among its brand ambassadors - and Zalando SE, which mostly sells women’s clothes and accessories, as well as eye-wear maker GrandVision NV and luxury goods firm Richemont SA are among well-known retailers with no women on their executive boards. The region’s top 10 supermarket chains, from Germany’s Schwarz Group and Carrefour SA in France to the UK’s Tesco Plc and Ahold Delhaize NV in the Netherlands are all led by men.

Unlike in the US, where women are gaining ground - with several retailers led by female executives, including The TJX Companies Inc and Williams-Sonoma Inc and two top grocery chains, Giant Eagle Inc and Wegmans Food Markets Inc, - Europe has been lagging behind.

As the region slowly emerges from the grip of the pandemic, some like Angela Cretu, the CEO of Avon, the direct seller of beauty products, say the crisis will boost opportunities for women.

“The era of spending eight hours a day in a certain location and commuting back and forth has gone and will never come back in the same way, ” she said.

Like her, Fran Minogue, the founder of executive search firm Clarity, is hoping the newfound flexibility of working from home will open more doors to women. It will not only unlock “huge opportunities” but will allow “male chief executives to see there can be different ways of doing things, ” she said.

Perhaps. But the sector’s history is replete with unmet good intentions.

It didn’t make sense for the owner of brands such as Cartier and Chloé haute couture to have decision makers who didn’t mirror its customer base, he said.

Four years on, two-thirds of the company’s senior executive committee, led by CEO Jerome Lambert, is still French. All six executives on the committee are men and five are 50 or older. On the group’s governance board, only four of the 20 members are women - a number that could drop to three after human resources director Sophie Guieysse decided not to seek re-election this year, having stepped down from the senior executive committee last month.

“Companies that predominantly have a majority of women in the ranks often have men in the top jobs; it is not about a shortage of talent or ambition, ” said Denise Wilson White, who heads the UK government-backed Hampton-Alexander Review. “Women aren’t getting picked because there is bias in the selection process and male leaders are often choosing successors in their own image.”

Women at the lower end of the work spectrum have also been hit harder during the pandemic, bearing the brunt of the retail sector’s pain as jobs were axed.

“Women tend to be over-represented in precarious forms of employment such as part-time, short-term or even undocumented work, ” said Oliver Roethig, regional secretary of the labor union UNI Europe. “Most layoffs we have seen so far have been in fast fashion, an area within retail in which women make up an even higher proportion of workers.”

Companies like Richemont, Zalando, Adidas and GrandVision say they are working on promoting more women.

Adidas said it is actively searching for a new global head of human resources to help build a more diverse and inclusive company. Zalando wants women to have at least 40% of the posts in the top six leadership levels by 2023. Richemont last year appointed Marina Corti as its director of diversity. The latest report for Richemont, where women make up 58% of the workforce, shows some progress. Women now represent 34% of the group’s 440 top management positions and 17% of the group’s CEO roles.

Gucci owner Kering fares better. Women account for 63% of its headcount, 55% of group leadership roles, 33% of the executive committee and 60% of the board of directors.

Similarly at LVMH, women now occupy 44% of senior leadership positions compared to only 23% in 2007, according to its last annual report.

Natalie Massenet, who created the fashion portal Net-A-Porter Ltd. and co-founded Imaginary, a venture fund that focuses on consumer brands, says many luxury brands were established and “built by men and they are not going to replace themselves.”

That said, she believes the retail sector is becoming more inclusive and that the pandemic will fuel this positive momentum.

“They are hiring a lot of women at Kering and LVMH and I think it will not be too long before we see the rise of a female-led luxury conglomerate, ” she said. “Change is happening.”

Then there is Charlotte Tilbury, the celebrity makeup artist, who recently sold her eponymous beauty products business to Puig, the Spanish fragrance and fashion group, for £1bil (US$1.3bil), just seven years after founding it.

Still, that’s a woefully small group of women in a sea of men. Major obstacles remain, says Ocado’s Smith, adding that greater flexibility is needed in everything from shared parental leave to working from home.

“My fundamental belief is that if we can support parents, not just women, to raise families and care for parents, then we will balance out the playing field over time, ” she said. — Bloomberg

WHO Europe members back 5-year vision for healthy Europe 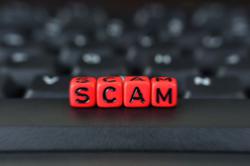