Are we prepared for an ageing population? More people are living into old age. There will be 2.1 billion older people by 2050 – four times more than today.The estimates by the United Nations take into account low fertility rates coupled with increasing life expectancy.

The question is, are countries prepared for the older people in terms of creating an enabling environment supportive of longevity and healthy ageing?

The truth is, the G20 countries in Asia -Pacific are not prepared, according to new research from the Economist Intelligence Unit entitled the “Scaling healthy ageing, inclusive environments and financial security today index”.

The report says the current trajectories in G20 countries suggest that the already-strained public pensions and social care systems are likely to face challenges with financial sustainability in the long-term.

Australia leads the Asia-Pacific region in creating an enabling environment supportive of longevity and healthy ageing with an overall score of 75.2 out of a possible 100, ranking second globally behind the United States. South Korea ranks fourth and Japan eighth.High-income countries are more prepared, but middle-income countries are making progress. Poverty levels among the older populations is a concern, it says.

Nineteen countries from G20, excluding the European Union, were in the analysis.

They cover roughly 65% of the world’s population and 75% of global gross domestic product. 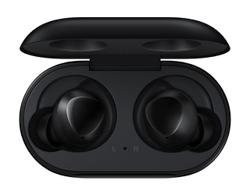