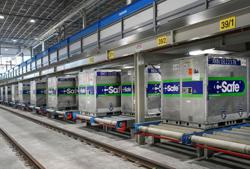 The race for a vaccine

PETALING JAYA: Rubber glove makers have taken a step back from their dominance of the stock exchange to pave way for pharmaceutical companies, following a shift in interest among investors.

Two research trials in China and the United Kingdom which yielded positive results drove investors into a frenzy to enter pharmaceutical-related companies, not only on Bursa Malaysia but also in key markets globally.

With uncertainties still surrounding the development of a vaccine and with the World Health Organisation (WHO) saying “there is a long way to go”, analysts felt that the sudden spike in pharmaceutical counters was not fundamentally backed.

The top-six gainers on Bursa Malaysia yesterday were pharmaceutical companies, four of which had hit limit up.

Just last week, Science, Technology and Innovation Minister Khairy Jamaluddin had said that Pharmaniaga and Duopharma would undertake the fill and finish processes for the Covid-19 vaccine, once it is developed.

Perhaps the most intriguing one, which even got analysts wondering, was DKSH Holdings

(Malaysia) Bhd, which was the fifth top gainer after adding 60 sen or 23.44% to RM3.16.UOB Kay Hian head of research Vincent Khoo told StarBiz that the shift was not fundamentally justified and that it was pure retail speculation.

“The valuations have gone wild, with these pharma companies hitting limit up just purely on speculation.

“It doesn’t make sense because we’re not talking about companies that own the intellectual property (IP) and they are just playing a finer role, if at all.

“DKSH was also pushed up.

“It is a distributor and the economic impact for it is not going to be significant at all, ” he said. A healthcare sector analyst from a local research house said the developments related to pharmaceutical counters yesterday were more sentiment-driven than based on actual fundamentals.

“We don’t see any particular reason why there is such a shift other than news on the vaccine development.

“That may have caused some interest, but there’s really nothing tangible and certain yet to support the share prices, ” he said, adding that it could also be a case of retail investors betting on the pharmaceuticals, hoping to see them jump to Astro

Medical journal The Lancet published two trial results recently, one from a team of Chinese scientists with a vaccine developed by CanSino Biologics and the other from Oxford University and AstraZeneca, both of which showed immune responses.

head of research Lim Tze Cheng said the demand for vitamins and general supplements has been strong during the movement control order (MCO), which would see pharmaceutical companies that deal more on supplements seeing stronger numbers in upcoming quarters.

“This is one of the factors why people are starting to relook at pharma counters, but today was mainly triggered by news of the vaccine.

“Secondly, pharmaceutical valuations have not been very high.

“The third factor is the rotational play.

“Investors have been looking at gloves all this while and now that there is a breath of fresh air, people will jump into it, ” he said.

Lim added that there was no doubt that rubber glove makers would perform well in the next two to four quarters, but he questioned the earnings sustainability of the companies.

“You may say the price to earnings ratio (P/E) is only 30 times but beyond the next four quarters, do you think this profit will be the new level, or will it drop back to a more normalised profit?

“And when it drops, you are indeed paying for something with a 100 times P/E, ” said Lim.

The benchmark FBM KLCI took a breather yesterday after dropping 8.95 points or 0.56% to 1,586.98 points, with Hartalega Holdings Bhd

Trading volume was strong at 9.37 billion units, while market breadth was negative with 555 losers against 508 gainers and 407 counters remaining unchanged.

Penny stocks continued to dominate the actively traded list with 33 out of 50 most-active counters, topped by Sapura Energy Bhd

with a volume of 589.69 million shares and an unchanged share price of 10 sen.

Regionally, markets were all in the red, led by the Hang Seng Index, which dropped 2.25%, and Singapore’s STI, which was down 1.33%. The race for a vaccine