Whenever Trump (left) is put in a corner, his tactic is to blame China! (President Xi right). The latest being his wish to distract from his Administration’s failure to contain the disease, Covid-19.

CHINA bashing has become a bipartisan passion in the West, especially the United States.

Whenever Trump is put in a corner, his tactic is to blame China!

The latest being his wish to distract from his Administration’s failure to contain the disease, Covid-19 – such that America, despite having had months to prepare for it, now has the most Covid-19 cases and deaths in the world – far, far more than China.

Where recent pandemics – including the 2014 African Ebola outbreak – saw productive Sino-American co-operation, this one has taken the already poor relations between the United States and China to new lows. As I see it, they are likely to worsen, despite some efforts on both sides to rein in the rhetoric.

Essentially, the conflict that matters most between the United States and China is the 21st century fight over technology– from AI (artificial intelligence) to 5G (network equipment). The real battleground is in chips or SCs (semiconductors) where US industrial leadership and China’s superpower ambitions directly clash.

Firms from the United States and their allies (including South Korea and Taiwan) dominate the most advanced areas of the industry.

China, by contrast, remains reliant on the outside world for supplies of high-end chips.

It spends more on semiconductor imports than it does on oil.

As far as I know, the list of top 12 SC firms by sales does not contain a single Chinese name. Well before Trump arrived on the scene, China made plain its intention to catch up.

President Obama blocked and stymied the acquisition of chipmakers by the Chinese in 2015 and 2016. Other countries are alarmed, too.

Taiwan and South Korea have policies to stop sales of domestic chips firms and to dam flows of intellectual property. Since then, Trump has intensified the chips battle.

Three things have changed. First, the United States realised its edge in technology gives it power over China. Second, China’s incentives to become self-reliant in SCs attracted its tech giants to come on board: Alibaba, Baidu and Huawei, all ploughing money into making chips. And, China has showed that it can outcompete US firms.

China is destined to try to catch up; the United States is determined to stay ahead. Third, the SC supply chain is already too globalised for US to stop it.

Today, US has the edge over China in designing and making high-end chips. It can undoubtedly slow its rival.

But China’s progress will be hard to stop. Firms like Huawei have the proven ability to innovate; it spurred China on to develop its domestic supercomputing industry.

China’s own Silicon Valley – Zhongguancun – has come of age.

Originally a byword for cheap knockoffs in the electronics market, it has since evolved into a sweeping quadrant of north-western Beijing that includes its two leading universities, Peking and Tsinghua.

Zhongguancun is now a concept as much as a place for “self-dependent innovation of high-quality” economic development, to accelerate a shift from assembling tech products to creating them.

Surrounded by the world’s largest, fastest growing market for such goods, Zhongguancun is creating new apps, services and devices more speedily and cleverly than ever before.

Indeed, China has long since moved beyond producing merely Chinese versions of Silicon Valley companies. The newest firms in Zhongguancun employ business models that do not exist yet in the United States.

Even in areas where Silicon Valley dominates globally (like social media), Zhongguancun can compete. But Zhongguancun’s real strength is in developing new applications and services in SCs and AI for the Chinese market, to be provided through smartphones.

Chinese digital services are often the first of their kind. The Chinese government has adopted a laissez-faire approach to such companies: “If there is no regulation, they let you run.”

To address one of Zhongguancun’s greatest weakness –a reliance on imported components and technology, firms are investing to make chips which manage charging devices wirelessly, or that fuse camera data into three-dimensional scans.

It is also investing in companies that design new materials – antibacteria ones for fabrics and mattresses, and ceramics for phones.

Zhongguancun is now set to blossom as a global, not just a regional, tech hub, to insulate China against protectionism.

The priority is to nurture its own suppliers. Chinese chip companies offer software for designing circuits, and handling licensing negotiations on behalf of its young tenants with other chip architecture firms.

The latest crop of start-ups has set their sights on foreign markets. They see the trade war not as a threat, but as an opportunity – to fill the gaps in Chinese supply chains and then compete in the West.

So far, very few Chinese tech companies have managed to go global, Huawei and Bytedance being the most prominent. And Huawei, in particular, is already under threat due to security fears in the West.

China is at the forefront of a huge revolution in AI. Already, the United States realises it is no longer the leader. Today, fundamental AI innovation no longer matters, since the big intellectual breakthroughs have indeed occurred.

What matters most is effective implementation, not innovation. China has many advantages: (i) work of leading AI researchers is readily available online; (ii) its ceaseless “trial and error” approach is well suited to the effective rolling out of the fruits of AI; (iii) the dense urban settlements have created a huge demand for delivery and other services; (iv) its backwardness allowed businesses to leapfrog; (v) China has scale; (vi) there is a supportive government; and (vii) the Chinese is far more relaxed about privacy.

As I see it, China is fast catching-up in SC production. It’s already ahead in potential users, but has only about half the number of AI experts and companies.

Not so long ago, all Top 10 technology companies were American.

Today, four among them are Chinese, including Huawei whose revenues amounted to less than US$28bil in 2009; they reached US$107bil in 2019. Telecoms and wireless technology are at the forefront of the competitive sparring between the United States and China.

In a world where everything is dual-use technology, it is difficult to distinguish what is commercial and civilian; what is strategic and military.

To have the technological edge is existential for both nations.

5G is a big deal, both in itself and because of its multiplier effect on a range of other technologies, including autonomous vehicles, the Internet of things, smart cities, virtual reality and, battlefields.

The first movers will set global standards. That in turn brings-in billions in revenues, substantial job creation and leadership in any other technologies that require ever swifter transmission of data.

The United States is determined that China will not dominate in 5G. The country that owns 5G will own many innovations and global standards.

As I see it, the United States will not dominate. Chinese equipment is cheaper and in many cases, superior.

No question US has lost its edge. Huawei today has become a national champion of China, mainly because of its huge investments – US$180bil over the past five years and has 10 times as many base stations as the United States.

Sanctions by US against Huawei is likely only to accelerate China’s efforts to achieve self-sufficiency.

To me, Western panic over Huawei is overblown. 5G will not yet profoundly alter consumers’ lives. True, it promises faster connections; but often only in optimal conditions. I know similar down-speeds can be achieved by extending 4G. Outside China, South Korea and a few other Asian countries, the uptake of 5G is likely to be slow.

Sure, 5G is more than just a faster way to stream. The extra processing oomph will allow base stations on networks’ “edge” to guide self-driving cars, or robots on factory floors.

5G will not just power telecoms but much of economic activity, making wireless networks into critical infrastructure.

Its wireless connectivity brings with it the next-generation Wi-Fi, constellations of low-orbit satellites and, soon 6G.

So, Chinese dominance of this wireless tapestry spooks many Western security hawks.

If Huawei is allowed to build even parts of these networks, it could wreak havoc in the event of a conflict between China and the West.

For all his China-bashing, Trump appears to have since demurred, instead heeding the concerns of America’s tech bosses, who warn that such a move can hurt their industry.

As I see it, the 5G race is not about out-innovating China but hobbling it. In the end, Trump faces a clear choice in doing something altogether very American: help usher in innovation that lets many companies thrive at a time when cheaper and better connectivity is precisely what a post-pandemic world really needs. But will he? 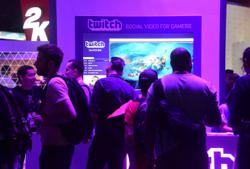 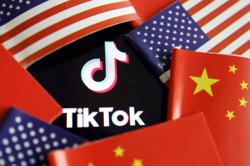