“I do empathise with the public and the loans moratorium had helped a lot businesses and individuals. The environment is quite different pre and post-movement control order (MCO) now, ” AMMB group CEO Datuk Sulaiman Tahir (pic) told a virtual press conference to announce its results here.

believes that targeted loans moratorium is the way forward once the September deadline ends.

“I do empathise with the public and the loans moratorium had helped a lot businesses and individuals. The environment is quite different pre and post-movement control order (MCO) now, ” AMMB group CEO Datuk Sulaiman Tahir told a virtual press conference to announce its results here.

“The good news is that post-MCO we are seeing (business) activities pick up once again. The question is whether we should do a same kind of (blanket) moratorium again.

“We don’t think it is wise to do so, if at all we should (only) be looking at certain groups of people who would be needing it, ” he added.

Sulaiman said the situation prior to the MCO was quite dire and banks would be in a good position to help customers who have been affected after this.

“Some businesses are telling us that they don’t need the moratorium anymore and they are commencing repayments as normal since business has picked up, ” he said.

“We are estimating a net RM80mil impact negative to our quarter one results (FY21 ending March 31,2021) and on the profit after tax level it is RM20mil. This is the assessment on the six months (loans repayment) deferment for 61% of our total loans book.

“Will this figure change by the half year: yes because this is an accounting adjustment. It is RM80mil negative in the first quarter but by the first half because of the reversals of these provisions back to income it will be around RM40mil and this will not be significant for AMMB, ” Ling added.

AMMB also said that it plans to lower dividend payments slightly to 30% of its net profit for FY21 given the uncertain environment presently.

For FY20, AMMB had declared a final dividend of 7.3 sen per share, which brings total dividends for the year to 13.3 sen with a dividend payout ratio of 30%, a payout which is reflective of the more cautious economic outlook from the coronavirus pandemic.

“We are more prudent now and this is below our historical policy of paying out 40%. As to when we can move back to 40%, this will depend very much on the profit outcome for FY21. But for the first two months of the year we have started it very strongly: in terms of profit generation, ” Ling said.

According to its Bursa Malaysia announcement, revenues in the same period fell by 5.1% y-o-y to RM2.21bil.

The bank said in its statement that fund-based income from interest bearing assets decreased mainly from interest on customer lending and deposits that were placed with banks.

It also added that non-interest income for the quarter had decreased mainly from trading and investment income on unfavourable market conditions.

Moving forward, the bank said that it is aiming for a loans growth of circa 3%-4% depending on how the pandemic plays out.

“Loans growth is quite flat at the moment since activities have not picked up and we do have some repayments coming in. I would be aiming for higher than industry growth particularly for segments such as the small and medium enterprises, ” Sulaiman said.

“Some businesses are telling us that they don’t need the moratorium anymore and they are commencing repayments as normal since business has picked up.” 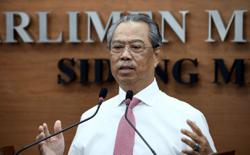 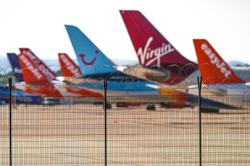 The week that was - Targeted moratorium 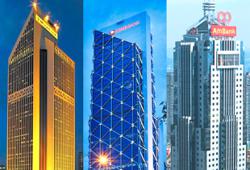