Last week proved a marker in that dollar shock as United States Federal Reserve (Fed) data showed falling demand for the emergency liquidity lines it had speedily opened up to the world at the end of March – prompting the Fed’s major central bank peers to reduce the frequency of their operations.

EMERGING markets have breathed a sigh of relief at the easing of the dollar-funding shock that accompanied Covid-19, but the respite may be temporary as the post-pandemic landscape looks more unfriendly than ever before for developing economies.

Last week proved a marker in that dollar shock as United States Federal Reserve (Fed) data showed falling demand for the emergency liquidity lines it had speedily opened up to the world at the end of March – prompting the Fed’s major central bank peers to reduce the frequency of their operations.

Emerging markets, at the sharp end of that funding scramble due to outsize government and corporate borrowing in dollars, stand to benefit considerably from the waning tension.

The space created by the Fed, as well as moves by many emerging central banks to both slash interest rates on a record scale and buy local bonds in unprecedented quantitative easing (QE) manoeuvres, has seen financial conditions ease at last.

After an historically sharp “sudden stop” in financing in March, when record capital outflows from emerging stocks and bonds of US$83bil were recorded by the Institute for International Finance, there’s since been a bounce.

So much so, the yield on JP Morgan’s local currency sovereign bond index has dropped more than a full percentage point to an historic low of 4.8% – showing nominal borrowing rates for emerging governments cheaper than they’ve ever been.

Meanwhile a measure of net policy moves show more easing across the emerging universe than even during the financial crash 12 years ago, further underlining the leeway to loosen conditions without adverse effects.

This week alone, Hungary’s central bank surprised forecasters with another rate cut on Tuesday, and Mexico and Turkey are likely to follow suit later in the week.

Emerging-market currencies – unlike during other episodes of rapid monetary loosening – continue to hold up remarkably well.

A paper by the Bank for International Settlements (BIS) this month remarked how concerns about using QE in inflation-prone and foreign capital dependent emerging markets have so far proved unfounded and instead “provided useful support” in a shock.

“Market reactions do not suggest that the launch of the new measures gave rise to perceived risks of fiscal dominance or large-scale monetary easing, ” the BIS paper said.

It added that market belief in the time-limited nature of the forays could be seen in how little currencies fell or bond yields rose afterwards.

The resilience and easier funding is a relief, but many experts are worried about what is to come.

The pandemic is proving hard to tamp down in countries with weaker health systems and more limited finances.

Even though far from the poorest, Brazil’s struggle to contain Covid-19 is a case in the point, and it’s now second only to the US in both cases and deaths.

Then there’s a growing concern that the legacy of the pandemic will be to accelerate pre-pandemic trends in protectionism and de-globalisation, which the developing world stands to lose from.

The potential damage to trade growth and diverse supply chains across emerging economies adds to the hit to the poorest nations from any shrinking of gigantic remittance flows.

The Pew Research Centre, using World Bank, Oxford University and Google data, estimates that this year’s lockdowns will cut global remittance flows by a record 20% this year – or by more than US$140bil.

Even though the “emerging markets” grouping disguises very different national stories and trends, the asset class as a whole has persistently underperformed developed markets for almost a decade.

JP Morgan’s multi-asset team eyes Mexico, Russia and China in that regard.

But while easier financing should bring recovery, longer-lasting shifts in the global economy and politics may keep investors wary of emerging markets for some time and ensure they remain laggards for longer. — Reuters

The author is editor-at-large for finance and markets at Reuters News. Views expressed here are his own. 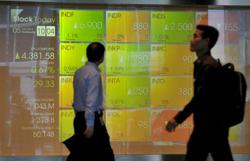 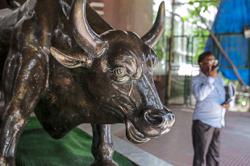 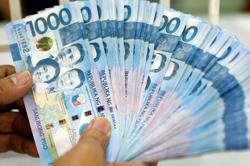