The Chinese internet and gaming giant rose 4.9% to a record HK$497.40 in Hong Kong on Tuesday, leapfrogging Alibaba Group Holding Ltd. as Asia’s most valuable company. It’s also now doubled in value since a low in 2018, a year in which China’s restrictions on online games triggered the world’s biggest wipeout of shareholder wealth. The Shenzhen-based firm is worth $613 billion, the seventh most globally.

Tencent has for years captivated investors and analysts with its massively popular online gaming business, payments system and WeChat social networking platform. After homebound players helped propel revenue during China’s Covid-19 lockdowns earlier in the year, Tencent’s integral role in the lives of hundreds of millions of Chinese is adding to optimism that it can keep up that pace of growth.

Regulatory meddling from Beijing remains a key risk, with the government intensifying scrutiny over the country’s user-generated online content that’s proven difficult to monitor. China on Tuesday said it suspended some operations on 10 of the country’s most popular live-streaming apps, including services backed by Tencent.

Tencent stock analysts, who rarely back away from their bullish recommendations on the shares, have boosted their average 12-month price target by 13% over the past six weeks. Chinese investors are also fans, holding a record amount of the company’s shares through exchange links with Hong Kong, according to data compiled by Bloomberg. - Bloomberg 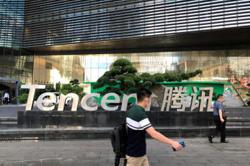 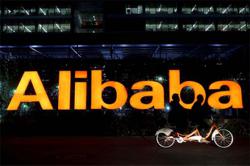