"We will be pushing, pushing, pushing on the string and dropping our guard, then 3-5 years from now...that's when the (inflation) dog will start barking," said PineBridge Investments' head of multi-asset Mike Kelly, who has been buying gold on that view. "Gold worries about such things long in advance. It has risen through this coronavirus with that down-the-road-risk top of mind," he added

LONDON: Gold, forests, property stocks, inflation-linked bonds - these are just some of the assets investors are pouring money into on the view that the recent explosion of government spending and central bank stimulus may finally rouse inflation from its decade-long slumber.

With the world economy forecast to shrink 6% this year, it may seem like a strange time to fret about inflation.

And sure enough, market-based gauges suggest an uptrend in prices may not trouble investors for years. U.S. and euro zone inflation gauges indicate that annual price growth will be running at barely over 1% even a decade from now.

So if inflation really is, as the IMF put it in 2013,"the dog that didn't bark", failing to respond to all the central bank money-printing unleashed in the wake of the 2008-9 crisis, why should investors prepare for it now, especially as demographics and technology are also conspiring to tamp down inflation across the developed world?

The answer is that some think the dog really will bark this time, partly because - unlike in the post-2008 years - governments around the world have also been rolling out massive spending packages, in a bid to limit the impact of the coronavirus pandemic.

"We will be pushing, pushing, pushing on the string and dropping our guard, then 3-5 years from now...that's when the (inflation) dog will start barking," said PineBridge Investments' head of multi-asset Mike Kelly, who has been buying gold on that view.

"Gold worries about such things long in advance. It has risen through this coronavirus with that down-the-road-risk top of mind," he added.

Even typically frugal governments such as Germany have joined central banks with trillions of dollars in stimulus programmes. Investors say even the long taboo topic of debt monetisation, where central banks directly fund government spending, may be on the cards.

"What worries me is that at the moment it seems that there is no limit to fiscal stimulus," said Klaus Kaldemorgen, a portfolio manager at asset manager DWS, who said he was investing in inflation hedges far more now than he was after 2008.

Inflation hawks also cite a trend of de-globalisation, where shrinking international trade and Western companies bringing production back to their own countries leads to higher prices.

This view that inflation could pick up ahead is reflected in forward swaps and in Citi's inflation surprise indexes, which show that the extent that U.S. inflation readings are surprising against market expectations has been at a record high and has ticked higher in the euro zone, too.

Investors have an interest in pricing future inflation correctly to safeguard their returns, hence the need for hedges, assets that increase in value or at least hold it when price growth accelerates.

They appear primarily to favor U.S. inflation-linked bonds and gold. Wealth managers canvassed by Reuters have been channelling up to 10% of clients' portfolios into the yellow metal via index funds, gold shares and even bullion.

But if gold prices have risen 18% since the end of March , some other hedges remain cheap.

U.S. 10-year inflation-linked bonds - known as TIPS - show "break-evens", or the anticipated rate of inflation in a decade, around just 1.2%.

Also known as linkers, the face value and interest payments on these securities rise with inflation.

But despite the stimulus boom,"the inflation levels that are priced in are much lower than what was priced in at the end of last year," said Teun Draaisma, a portfolio manager at Man Group, who has invested in inflation-linked assets.

So inflation might be some years away, but banks are advising clients to pick up cheap hedges. Morgan Stanley suggests U.S. 30-year linkers, while Natwest advises buying 30-year UK linkers and 10-year euro zone inflation swaps.

"These hedges in many cases look extraordinarily cheap, so why not buy them now? We could wait, then things could start to move away from us," said Colin Harte, multi-asset portfolio manager at BNP Paribas Asset Management.

"It won't be a couple of years from now until (inflationary factors) start to come through, so that's why we keep (long-dated U.S. linkers)," said Chris Jeffery at Legal & General's asset allocation team.

Harte at BNP said his main hedge is gold but he has also invested in a broader commodity basket which includes natural gas, copper and oil.

And it's not just about gold or linkers: another choice is real estate. Kaldemorgen of DWS is buying German residential property stocks, betting that the supply of new property will rise slower than the money supply.

Legal & General's Jeffery accelerated investments in agricultural land and forestry earlier this year in expectation they will retain their real value over the five- to 10-year horizon. His holdings are via publicly listed shares of companies heavily exposed to such land.

Timber prices rose over 130% in real terms in Great Britain over the past decade, Forest Research data shows, while the value of U.S. farmland rose 28% in the decade to 2019, according to the Department of Agriculture.

Kelly of PineBridge also favours timberland, purchased through private funds. While predicting that linkers will remain cheap for the next few years, he expects timber to benefit sooner if rock-bottom mortgages entice more first-time home buyers and fuel a construction boom. - Reutyers 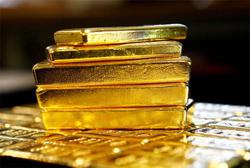 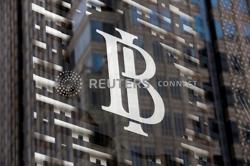