Court orders Nepal to pay for return of migrants KATHMANDU: Nepal's top court has ordered the government to pay for thousands of stranded migrant workers who have lost their jobs due to the new coronavirus pandemic to return home.

Responding to a petition filed by human right lawyers, the Supreme Court said it was the government's duty to bring back some 25,000 Nepalese citizens who were without jobs and could not afford to fly home.

"It is the ultimate responsibility of the government to meet the cost of the evacuation of its vulnerable and stranded workers who are unable to pay for their return," Bhadrakali Pokharel, a spokesman for the court, said on Wednesday.

Money sent home by millions of Nepali migrant workers mainly from the Gulf, Malaysia and South Korea accounts for about 25% of the Himalayan nation's $32 billion gross domestic product.

The court in April ordered the government to allow the migrants home or provide help where they were stranded, after it banned them from returning to Nepal for fear they could spread the virus.

But no action was taken until Nepal partially eased its Covid-19 coronavirus restrictions earlier this week and said it would arrange special flights to evacuate the stranded migrants - but told them to pay for their tickets.

Nepal has recorded about 20 coronavirus deaths and some 7,000 infections, according to the Johns Hopkins University.

Pokharel said the court ordered the government to evacuate the workers using money from the Foreign Employment Welfare Fund, which is usually used to treat sick migrants, educate their children and support their families in times of need. 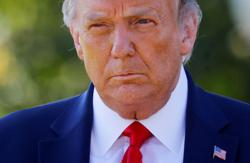