Risk and reward of new entrants in healthcare sector

The estimates and forecasts for the glove companies kept going higher with each passing week. Analysts were constantly revising their numbers upwards along with the target price of these companies

IT was an event that lasted just over an hour where a battalion of media, analysts and fund managers gathered to hear and get details on Top Glove Corp Bhd

The information that was revealed was important to those professionals, as there has been much hype over the prospects of the glove companies.

The estimates and forecasts for the glove companies kept going higher with each passing week. Analysts were constantly revising their numbers upwards along with the target price of these companies.

The belief started with a boom in demand which was so great that medical glove companies, which had thin margins to begin with, were struggling to keep up with the demand.

This led to the ability to have pricing power in the spot market, which means that their bank accounts were going to get fattened.

The market knew that was the case, but to what extent? As those target prices kept going higher for medical glove makers, the question was whether it was all just exuberance.

But when Top Glove announced its numbers, it was a sort of validation to the bullishness by the investing fraternity.

The flip side to the strong earnings from the medical glove makers and the more established rubber glove players is that it attracted many non-players into the industry.

Companies that have no expertise or experience in making rubber gloves were cashing in on the mania. They see the rise in the share prices of those big players and figure they want a slice of that action.

It was not limited to just making rubber gloves. Any sort of PPEs in the fight against Covid-19 saw big demand from the international and local markets and companies figured that was a good new venture to get into.

Most signalled their intent without any business plan of sorts. It was to catch the hype that fuelled the rise in the share prices of the legitimate players.

We have seen this before, never more prominently than in the dotcom boom 20 years ago. Companies were aware that valuations of tech stocks were shooting sky-high and they too, without any link to that business, wanted to ride on that exuberance.

The lessons from back then were that although many companies wanted to get into the tech business, most of them fit the profile of today’s companies that are getting into the medical glove and Covid-19 equipment business.

Back then, like now, they consist of penny stocks that have seen their share prices bottom and have little fundamentals or cash to get into a new but highly demanding and technical business.

The issue then and now is that many will be hard-pressed to find how many of those companies have succeeded in diversifying their operations.

Clues on how difficult it can be was also spelt out by Top Glove in the briefing on Thursday.

Demand for gloves will always remain as they are preventive equipment.

Right now, demand is high because the major buying markets of the US and Europe are demanding large quantities of gloves and are willing to pay higher prices.

The spot prices keep rising month on month as the lead time for delivery gets longer.

It is nitrile gloves that are now the premium product and inventory is now less than a month when it used to be 46 days.

The risk for the new entrants is that they do not have the reach and network of the supply chain large glove companies have.

The cost of entry is high, notwithstanding the other marketing and promotional costs that they need to incur to get their product to the end-customer.

Also, as Malaysia does have a large share of the global medical glove market, it also means those companies outside of Malaysia that are in that business will be ramping up their production to meet the wave of demand that is benefiting the incumbents.

That will mean that manufacturers with capacity will be the ones that will gain the most. And the established players too have got plans to boost their production capacity.

That can spell trouble for those companies wanting a slice of the business, as by the time they do get their production up, and it will be miniscule to the large players, the industry would have seen a gush of new production already starting to hit the market.

The small companies that have announced their plans to enter the business should know this.But they too know that most of the questions that were asked of Top Glove during the conference call on their earnings were on the average selling price of gloves and the short-term outlook for demand in the next two quarters.

The boom times are now for the incumbents and for investors punting that one of the smaller companies that have announced plans to get into the glove business will also realise that more disclosure will be needed from the regulators of concrete plans on how these penny-stock companies plan to break into a demanding and exclusive club.

It will not be easy and retail investors need to realise that too. 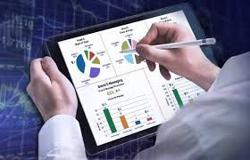