rose in early trade Thursday, after the company announced that it has secured a RM36.73mil contract to undertake drainage works for the East Coast Rail Link (ECRL) project in Pahang.

Gabungan AQRS said the contract involved subgrade, drainage and culvert works at the base camp of the project, by China Communications Construction (ECRL) Sdn Bhd.

The contract will commence on June 22 for a duration of 22 months, Gabungan AQRS said in a filing today.

The company expects the ECRL contract to contribute positively to the future earnings of Gabungan AQRS' group.

“Nonetheless, we are neutral on the award as it is well within our FY20 total job replenishment target- which is RM500mil. We are upbeat on further inflow of new contracts and expect more job awards in the coming months,” MIDF said.

MIDF has maintained its “buy” call with an unchanged target price of RM1.42, based on a PE multiple of 10 times to FY21EPS. 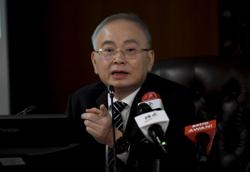