Towards a better economy

BRUSSELS: Modern economies will change forever after the coronavirus pandemic passes if some radical thinkers get their way.

Governments have already cast aside dogmas at least temporarily – such as Germany’s “black zero” balanced budgets – to protect companies and jobs in the deepest peacetime recession in almost a century.

Yet moves such as governments mailing checks to citizens and the UK administration borrowing direct from the Bank of England also offer a glimpse of different ways of running things in the longer-term.

“Every crisis is an opportunity to rethink priorities, ” said Maria Demertzis, deputy director of the Bruegel think tank in Brussels. “The scale and the type of the crisis mean that, by definition, the tools we’re operating under aren’t sufficient.”

Change won’t be easy. The global financial meltdown a decade ago led to similar cries, mostly to no avail besides stricter rules on banks that were later watered down. Here are some of the ideas – often old ones revived – that their proponents want to see go mainstream this time.

Government cash handouts have been a striking part of the fight against the slump. The United States has sent US$1,200 cheques to low- and middle-income households, and Hong Kong is giving residents HK$10,000 (US$1,300). Some administrations are temporarily paying the wages of private-sector workers so they can be furloughed rather than sacked.

It has happened before – the United States and Australia both issued cheques during the global financial crisis, and Hong Kong has been using it as an occasional tool for a while. What’s different this time is that there has been barely any opposition from fiscal conservatives.

That has given new impetus to calls for a universal basic income – payments to citizens from the state regardless of whether they’re working. Rationales include improving economic flexibility, eradicating poverty and reducing the exploitation of labour.

Pilot projects have failed to gain much traction though. Most recently, a Finnish experiment ended in 2018 with mixed results. It didn’t deliver the boost to the jobs market some hoped it would, though it did make people happier.

Spain approved a “minimum living wage” this week, a lesser step than the junior partner in the coalition government had pushed for.

A lot of economic thinking is focused on how governments should pay for such plans, and meet all the other bills they’re accumulating. One radical strand says they should simply get their central banks to create cash out of thin air, debt-free.

Known as helicopter money, it’s supported by advocacy groups such as Positive Money, as well as some economists. European Central Bank (ECB) officials repeatedly say they haven’t discussed it.

Closely related is Modern Monetary Theory (MMT), which argues that governments can run budget deficits in pursuit of policies such as full employment without raising taxes or even selling bonds to finance the outlays. They should stop only if inflation rises too high.

Stony Brook University Professor Stephanie Kelton, a prominent MMT adherent, says the United States should spend a lot more than it taxes for the duration of the crisis. Economists at Pictet Wealth Management already see some traces of MMT in the United States response to the slump.

Another idea is “perpetual bonds” that never have to be repaid, which politicians in Italy and Spain have floated. Far-left politicians in Europe are calling for unlimited bond purchases by the ECB and subsequent debt cancellations.

Such monetisation would be illegal in the European Union and elsewhere – legislation drafted because of fears of hyperinflation – but milder forms of the argument are gaining traction. Some economists say the ECB could buy up private loans to companies and stretch out maturities over several decades. Japan is arguably already doing so.

If public money is seen as a policy tool, then jobs are a popular goal. Long-term unemployment can lead to what’s called “hysteresis” – a loss of skills that undercuts the economy’s potential.

Work guarantees are popular among some US Democrats amid bleak prospects for young people, with the government as an employer of last resort.

The pandemic also exposed how certain jobs critical for coping with this crisis – such as cleaning, nursing and restocking supermarket shelves – are among the worst-paid. While health workers have received daily applause from citizens in many cities, that doesn’t seem to be translating into higher wages.

At the other end of the pay scale, anthropologist David Graeber says the crisis supports his theory that many of today’s best-remunerated gigs don’t serve any real function.

For those hoping to paying off the dizzying costs of the recession while redressing social imbalances, the answer is to tap the wealthy. Peru is planning a levy that would lead to greater “solidarity” between citizens, and German Finance Minister Olaf Scholz has floated taxing the well-off after the crisis.

Thomas Piketty, a French economist who made his name arguing that modern capitalism inherently favors the rich, has noted that Germany and Japan imposed massive wealth taxes after World War II.

The crisis has also intensified the spotlight on internet companies such as Facebook Inc. and Amazon.com Inc, which were already in the cross-hairs of governments for their low tax payments. Now they’re also seen as beneficiaries of the confinement measures.

The European Commission’s new €750bil (US$833bil) recovery fund includes a plan to tax the digital giants if a global solution can’t be found.

Other companies aren’t immune – supermarkets and producers of long-lasting foods are also perceived to have been crisis winners. A YouGov poll shows a majority in the United Kingdom supports a tax on “excess profits”.

International trade could fall by more than 30% this year because of the coronavirus, according to the World Trade Organisation. For some, shortages of medical equipment and the apparent fragility of supply chains are evidence that decades of globalisation went too far and now is the time for greater self-sufficiency.

Donald Trump has spent his US presidency attacking global commerce, and the United Kingdom has opted to leave the EU, the world’s largest single market. Those trends look set to continue.

The EU itself is urging vigilance about foreign investments to ensure critical infrastructure isn’t sold off amid depressed asset prices, and the coronavirus recovery plan aims for “tech sovereignty where it matters.”

Germany’s leadership has revived a once-rejected plan to revolutionize the nation, installing a form of state capitalism that owes an intellectual debt to countries such as China.

While all of the above ideas rely on getting the economy back on its feet, one movement insists that it may then be time to take a breath.

The current crisis is effectively a real-life experiment in what’s known as “degrowth” – a philosophy of reduced consumption that environmentalists have touted as the only way to save the planet from climate change.

While the pandemic lockdowns suggest that’s no fun, proponents say the chaotic freezing of the economy shouldn’t be seen as an example of degrowth, but rather as a sign of why it’s needed – namely because the virus crisis shows the “unsustainability and fragility” of our current way of life. — Bloomberg 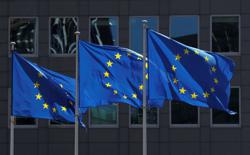 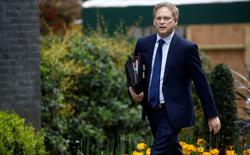