Casinos reopen but crowds are not there yet

The reopening of casinos does not necessarily mean that the crowds would flock to the gaming and entertainment centres, as seen in the Macau example. The borders have to open as well.

The key to whether Genting’s theme parks and casinos, especially in Singapore, ever become crowded again will depend on air travel. This is because the bulk of the visitors and high rollers are foreigners, especially from China.

The Covid-19 pandemic started in China where border controls are still in effect as a precautionary measure. Visitors are not even allowed to Macau, which is part of China and Asia’s foremost casino destination.

Apart from China, tourists from India also make up a sizeable portion of visitors to Singapore and Malaysia. For Genting group’s cruise business in Singapore, tourist from India forms a substantial portion of the market.

“Air travel needs to open up for tourist to come into Malaysia and Singapore and before Genting can see the crowds frequenting its casinos and theme park. Locals make up more than 70% of the crowd in Genting Highlands.

“But there are 10,000 rooms in Genting Highland, how can this be filled up by domestic tourism alone. Moreover, most of them are day trippers, ” says an analyst.

Unlike Europe where the casinos are small, the trend in Asia and Las Vegas is to have large casinos that are integrated with a theme park. This is to cater for large crowds and gatherings such as conferences.

Integrated theme parks and casinos is what governments wanted to boost the service sector. However, due to the unprecendented impact of Covid-19 pandemic, large crowds are a liability.

Macau, which is one of two casino havens in the world, opened its doors on Feb 19, after shutting down for two weeks due to the Covid-19 pandemic. The casinos practised social distancing such as limiting the numbers of players in each table and patrons being constantly told to use hand sanitisers.

Some slot machines were shut down to ensure capacity was down to 50% or less, workers were constantly cleaning the common areas while security guards were on hand to ensure that there was no crowding.

The perception in February was that the crowds would get used to the new norm and the casinos would go back to their heydays. However, three months after the door re-opened, the casinos are still sparsely filled.

According to data from Macau’s Gaming Inspection and Coordination Bureau, the city’s gross gaming revenue for April was down 96.8% compared to the corresponding period in 2019. In March the decline year-on-year was 80%.

Analysts have forecast the year-on-year decline gross gaming revenue in May to be more than 90%.

The fortunes of Macau’s casinos are dependent on visitors from mainland China and Hong Kong. Travel restrictions from Hong Kong and the Guangdong province are still in place, which affects visitor numbers.

According to official data, Macau has been receiving few hundred visitors per day over the past month compared with an average of 108,000 per day a year ago.

The average hotel occupancy was down to 12.9%, which is a historic low.

Macau’s tourist arrivals for 2019 was 39.4 million and this year there are no forecast yet.

The authorities in Las Vegas re-opened its casinos starting from June 4 on condition the premises observe strict social distancing rules. The casinos were closed since March 18, initially for a period of one month and then extended until June 4.

Two leading gaming groups, MGM Resorts International and Wynn Resorts Ltd, both announced that hotels located in the strip would open for business under a new set of rules. Towards this end, the most detailed of the “casino of the future” was set out in a 23-page letter from the chief executive of Wynn, Matt Maddox.

The measures contained in the letter are now viewed as the standard bearer of practices and procedures casinos and patrons have to observe.

It starts from the arrivals of customers to the doorsteps of the hotels and how they have to handle themselves at the gambling halls and banquet rooms.

There are no valet services and special flights for high-rollers is confined to only eight persons, if it is not a family or group travelling together. Packages of more than 250 people are not encouraged.

Guests have to be disinfected at least once per hour, casino chips will be cleaned and sanitised using high temperate dish-washer or UV light before it is distributed and put back.

Every other slot machines will be turned off and chairs removes to ensure proper physical separation. Every other table in the gaming hall will be empty and chairs removed. The number of players for each game is specified. Casino supervisors and managers are to ensure that occupancy is only 50%.

Analysts are more optimistic of bigger crowds in Las Vegas as the people generally have gone about their usual ways even at the height of the pandemic. 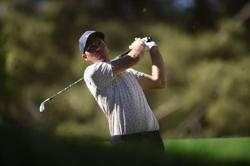 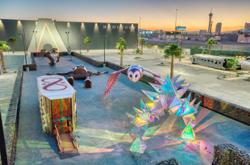