In a statement yesterday, LTAT said it is finalising the funding for the deal which required regulatory approvals.

LTAT, which has RM9.5bil in assets under management, owns a 59% stake in Boustead.

The share price in Boustead has been on a decline for years even before the coronavirus (Covid-19) crisis hit the global economy.

On March 23, Boustead’s share price fell to an all-time low of 35 sen in line with the overall weakness of the broader market.

The conglomerate, which is in real estate, financial services, plantations and manufacturing businesses, saw its share price surge by almost 31% over the past five days to 63 sen.

LTAT, however, cautioned that the potential privatisation may not go through as it is still working on the deal.

“We wish to highlight that this notification does not amount to a firm intention that we will undertake the proposal.

The fund said it will make subsequent announcements on any material development in relation to the proposed privatisation of Boustead in accordance with the rules on take-overs, mergers and compulsory acquisitions.

Boustead is an umbrella holding company for LTAT, which controls several companies including Boustead Plantations Bhd

For the financial year ended Dec 31,2019, Boustead posted RM1.28bil loss compared to a loss of RM554.3mil a year earlier due to kitchen-sinking exercise that involved RM1.3bil impairment and amortisation for its heavy industries, plantation and pharmaceutical divisions.

Revenue for the period grew 1.45% to RM10.33bil from RM10.19bil in FY18 as higher contribution from the pharmaceutical segment more than offset weaker revenue from the plantation, heavy industries, property and trading segments.

Boustead, which is one the key contributor to LTAT’s income, did not declare any dividend for FY19. Board changes at Boustead 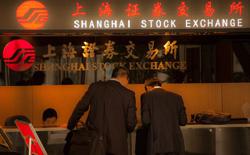