PETALING JAYA: While Bank Negara governor Datuk Nor Shamsiah Mohd Yunus has recently expressed her confidence that the economy will pick up beginning the third quarter (Q3) of 2020 onwards, experts on the other hand were mixed on the growth recovery outlook.

Maybank IB Research team of economists, led by Suhaimi Ilias, expects the Malaysian economy to shrink in the second, third and fourth quarters, only to pick up in 2021.

“Maintain our 2020 real gross domestic product growth (GDP) forecast (at -3.3%), but revised downwards our projections for the second, third and fourth quarters to 5.8%, 4.8% and 3.5%, respectively, mainly to reflect the impact of longer now with conditional easing movement control order (MCO), ” it said in a note.

On May 13, Nor Shamsiah said the economy could face “quite a deep” contraction in the second quarter, before bottoming out and picking up again as it entered third quarter or the July-Sept period.

According to Bank Negara, among the key catalysts that will spur economic recovery in the second half of the year are the current easing and eventual lifting of Covid-19 containment measures, impact of stimulus measures, continuation of major infrastructure projects as well as recovery in commodity output.

It is also worth noting that International Trade and Industry Minister Datuk Seri Azmin Ali has said that the government would unveil a six-month short-term economic recovery plan by the end of this month.

This shall also help to resuscitate the country’s economy post-Covid-19 outbreak.

Kenanga Research said in a note that the Malaysian economy’s gradual recovery would only begin in fourth quarter 2020, thanks to the country’s sizeable fiscal and monetary policy stimuli.

For context, on the fiscal side, the government has announced three rounds of stimulus packages that cumulatively worth RM260bil.

Meanwhile, on the monetary side, the central bank has slashed its overnight policy rate by 100 basis points (bps) this year alone, on top of the 25 bps cut in May 2019.

In addition, a total of RM58bil have been released to banking institutions since March 2020 via the 100 bps cut in the statutory reserve requirement ratio, reverse repo operations as well as the outright purchase of government securities.

According to Kenanga Research, the Malaysian economic growth will fall sharply in second quarter 2020 with a high probability that it would be extended towards the second half of 2020 due to the lingering downside risk from the impact of Covid-19.

“The impact of Covid-19 is expected to weigh heavily on second half 2020 economic growth and possibly to extend towards the year-end as a result of lockdown and social distancing measures to manage the contagion. This would further disrupt the supply chain and demand for goods and services in an unprecedented proportion, ” it said. 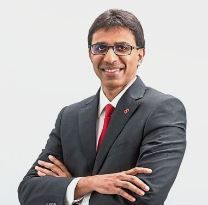 However, AmBank Group chief economist Anthony Dass (above) concurs with Nor Shamsiah that the economy would bounce back in the third quarter and grow stronger in the fourth quarter.

The rebound will be supported by fiscal and monetary stimulus measures, the conditional MCO, and the rolling out of large transportation projects in the second half such as the Mass Rapid Transit, Sungai Besi-Ulu Kelang Expressway and Duta-Ulu Kelang Expressway Phase 3 as well as the recovery in commodity production and inventory build-up.

“The GDP in the third quarter is likely to grow around 0.3%, supported from the modest improvement in services and manufacturing following some uplifting in the MCO to now conditional MCO, plus the impact from the stimulus measures. 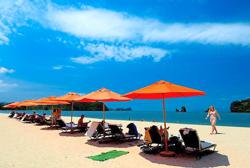 Hotel sector on path to recovery 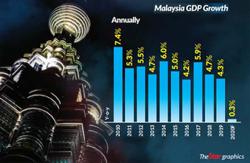