Impact of US economic contraction on Malaysia 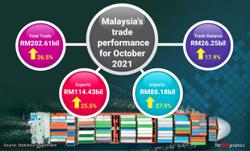 AmBank Group chief economist Anthony Dass however said that the impact would be “fairly cushioned” thanks to Malaysian exports’ regional diversification. “From a continental perspective, around 72% of Malaysia’s exports by value were delivered to Asian countries, while 11% were sold to North American importers. Malaysia shipped another 10% worth of goods to Europe. ”

PETALING JAYA: Malaysia’s trade performance in the upcoming months would be impacted negatively, experts warned after the country’s key trading partner, the United States, announced its steepest economic contraction since 2008 in the first quarter.

With the country accounting for 10.7% of Malaysia’s total exports in February this year, Affin Hwang Capital Research chief economist Alan Tan said economic disruptions in the former would affect the demand for Malaysian products and services.

The impact, he told StarBiz, would be felt in the coming quarters.

“The International Monetary Fund is projecting US gross domestic product (GDP) growth to contract by 5.9% in 2020 from an expansion of 2.3% in 2019. Therefore, there will likely be further contractions in US GDP growth in the coming quarters.

“We believe that containment measures being done by governments in several countries will continue to impact and lead to production disruptions in the global supply chain, weighing on external demand and Malaysia’s exports, ” he said.

Based on preliminary estimates from the Bureau of Economic Analysis, the US economy shrank by a 4.8% annualised rate in the first quarter, which was the fastest rate since the 2008 global financial crisis.

The contraction was wider than the consensus forecast of -4%.

As a result of the weak economic performance in the world’s biggest economy, Tan pointed out that Malaysia’s electrical and electronics (E&E) sector would be most affected, given that E&E products are the country’s main exports to the United States.

In particular, among Malaysia’s main exports to the United States are machinery and transport equipment (53.9% of total exports) and miscellaneous manufactured articles (31.9%).

“In addition, with ongoing global supply chain disruptions and slowdown in economic activity, external demand for Malaysia’s manufactured goods and E&E products not only from the United States but from other major trading partners like China will be dampened going forward, ” he said.

AmBank Group chief economist Anthony Dass concurred that Malaysia’s trade performance would be affected as a result of the economic contraction.

However, he said that the impact would be “fairly cushioned” thanks to Malaysian exports’ regional diversification.

“From a continental perspective, around 72% of Malaysia’s exports by value were delivered to Asian countries, while 11% were sold to North American importers. Malaysia shipped another 10% worth of goods to Europe, ” he said.

Dass expected the US economy to decline by 6% in the first quarter, worse than the 4.8% contraction in the preliminary estimate.

The contraction would be greater in the second quarter, with total output to decline by 35%, as per his forecast.

Hence, he expected the impact on Malaysian exports would also be greater in the second quarter, as compared to the first quarter.

“Naturally, we are anxious about what is in store in the second half of the year after a humdrum first half.

“If the virus pandemic continues to ebb and more businesses reopen by summer, the economy will mount a strong recovery in the second half of 2020.

Asked about the sectors that would be affected by the US economic contraction, Dass said this included the electrical machinery, machinery, furniture and bedding as well as rubber.

“Besides, foreign direct investments are expected to take a hit, especially in manufacturing, non-bank holding companies and finance and insurance from the United States. Sales of services will also be impacted.

“However, exports relating to medical instruments will benefit from the virus pandemic despite a slowing US economy, ” he said. 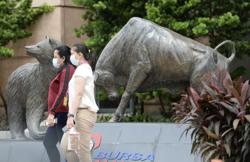