KUALA LUMPUR: Every government fighting the COVID-19 pandemic needs to leave enough fiscal room to manoeuvre and not entirely use up the bullet in the first two or three months, Science, Technology and Innovation Minister Khairy Jamaluddin said.

"Every single country is facing challenges with a fiscal space that they have, (thus, ) we should not say that we don’t have any more fiscal room for manoeuvre but we recognise that COVID-19 is not a one-month crisis, it is going to be here least for the next 12-18 months before a vaccine comes in.

"Hence, governments shouldn’t exhaust entirely their fiscal bullets within the first two or three months, ” he said during a discussion with the EU-Malaysia Chamber of Commerce and Industry here, today.

"We need to leave that option for us on the table for the next six months, budget for next year, so that we can continue to assist Malaysians to recover, ” he said when asked if there will be additional assistance besides what has already been announced, specifically for the science and technology sector.

Malaysia has announced a RM260 billion stimulus package, which widens the country’s fiscal deficit from 3.2 per cent projected earlier to 4.7 per cent.

In the 90-minute discussion, Khairy said while the discussion to a wider spectrum of the industry was still being considered, some concerns were already covered under the stimulus packages that has been announced.

"We are in also discussion with the Ministry of Finance, and I will be announcing something next week or so, ” he said, adding that the government has been engaging and will continue to do so with various stakeholders, industries, business chambers, as well as institutions, especially in the technology sector.

He said the Ministry of International Trade and Industry (MITI) is considering the industries that can be allowed to operate, provided they follow the strict requirement set by Ministry of Health (MoH).

"There are sectors that will be last (allowed to operate) will be tourism, retail, food and beverages, entertainment, as well as sports. These are things which requires close physical contact than others, ” he said.

On the Movement Control Order (MCO), he said: "There are certain scientific indicators that determine that obviously. We have to be innovative, nimble and flexible. At the same time we must be prudent because at the end of the day no government wants to make the trade off between life and livelihoods.” - Bernama 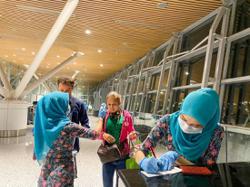 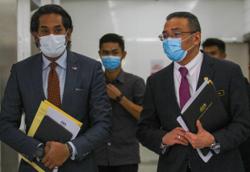 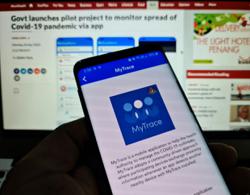