Given such estimates, and to help the aviation sector move forward, some Asian governments are offering stimulus packages. Malaysia is expected to announce its stimulus next Thursday.

Globally, the airline industry is being hit hard by the outbreak of the coronavirus (Covid-19).

Hundreds of flights have been cancelled by global carriers.

The longer this persists, the more damage it will cause to the aviation sector.

Aside from airlines, other business segments affected are airport operators, support services such as MRO (maintenance, repair and overhaul) operations as well as those involved in travel and tourism activities.

“On a daily basis, some of the local airlines are losing RM3mil to RM4mil, ’’ says an industry executive.

Although jet fuel prices are low at the moment, it may not be sufficient to offset the turbulence caused by the virus outbreak.

The International Air Transport Association (IATA) expects revenue loss of US$27.8bil this year for airlines in the Asia-Pacific region because of the outbreak. The bulk, a US$12.8bil loss, is expected for the China domestic market alone.

Carriers outside Asia-Pacific are forecast to bear a revenue loss of US$1.5bil, assuming the loss of demand is limited to markets linked to China. This would bring total global lost revenue to US$29.3bil (5% lower passenger revenues compared to what IATA forecast in December) and represent a 4.7% hit to global demand, IATA adds.

Given such estimates, and to help the aviation sector move forward, some Asian governments are offering stimulus packages.

Malaysia is expected to announce its stimulus next Thursday.

The government has said that the stimulus is aimed at helping the aviation, travel and tourism and SME sectors, among others. But don’t be surprised if the manufacturing sector also gets some funding or tax breaks.

A report suggested that the government will spend about RM15bil to stimulate the economy and mitigate any adverse effect from Covid-19 and other factors.

During the Severe Acute Respiratory Syndrome (SARS) outbreak in 2003, the government spent more than RM8bil to stimulate the economy.

Airline industry players reckon their industry is in dire need of a stimulus, noting that airport operators and MRO service providers are in the same boat.

“If the government does not come in to help the airlines at this point, some will be crippled, ’’ says an expert.

Some of the airlines are already having difficulty paying up for their airplane leases.

“There could potentially be massive losses, not just at the airline level, but also MROs and airports.

“There will be job losses and supporting industries will be compromised. If this continues and with airlines cutting routes, they will lose market share.

“Once they lose market share it will be difficult to regain as others should have entered and taken the spot, ’’ says an airline industry official.

During the 2007/8 financial crisis the US government helped some of its industries including General Motors (GM).

If GE was allowed to close down the repercussions would have been very bad with job losses and a whole supply chain disrupted.

In 2008 the US government then approved a bailout plan which resulted in GM and Chrysler receiving US$13.4bil in financing from TARP - troubled assets relief programme fund as well as US$4bil to be “withdrawn later.’’ For the aviation sector, some form of special tax relief, concessionary loans and flexible loan repayment for business to help the sector should be looked at.

For example, the excesses travelers pay for their tickets should be stopped and even passenger service charges be reduced for a limited period. This week, South Korea extended US$356mil in emergency loans to support struggling airlines, shipping companies, travel agencies and retailers facing a liquidity crunch amid growing fears over the outbreak of the new Covid-19.

Singapore is offering S$112mil package for the aviation sector to help defray business cost and protect jobs for a limited period.

The Airports of Thailand will offer discounts to help retailers at its Thai Airports.

During SARS, Malaysia offered 50% cut on landing and parking fees for flights operated by foreign airlines (that do not have other incentives) into KLIA for one year and 50% discounts on rental rates for duty-free shops and other outlets at the airports for seven months. This was borne by airport operator, Malaysia Airports Holdings Bhd

CGSCIMB Research in a note says that “assuming a 50% cut on landing and parking fees and on rental rates for six months from March to August 2020 for all airlines and all airports, this will see MAHB’s FY20F revenues and profits cut by up to RM250mil.

Vietnam is also mulling on the need for a stimulus package, while China may be seeing the first airline takeover since Covid-19.

The government of Hainan, the southern island province where HNA Group Co is based, is in talks to seize control of the firm, which is struggling to balance its debt load as a result of the deadly virus, according to a Bloomberg report quoting people familiar with the plans. 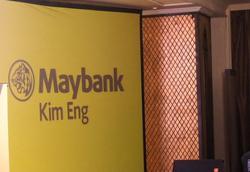