Putting auto on the fast track

Prime Minister Mahathir Mohamad speaking on the NAP yesterday. With him is International Trade and Indutry Minister Darell Leiking.

THE highly anticipated National Automotive Policy 2020 (NAP 2020), which was finally launched by the International Trade and Industry Ministry on Friday, has set 10-year targets that the government believes will take the local automotive industry to the greater heights.

A crucial sector for the Malaysian economy, the automotive industry contributes just 4% to the country’s gross domestic product (GDP) currently. 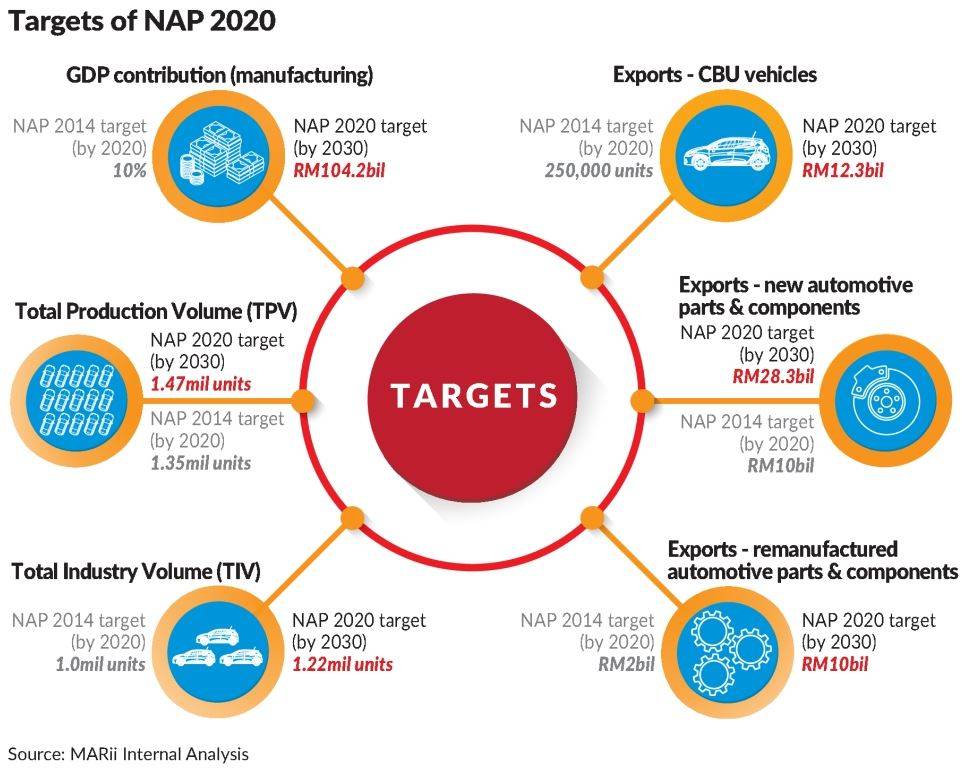 “The bigger picture is to grow exports of parts and components, as well as the new services that can be created because of mobility as a service.

“Right now, we have about 641 vendors and we’re targeting to grow that to 900 in 10 years. All of this will create new business and job opportunities and create a spillover effect on the Malaysian economy; the NAP wants to show that shared prosperity can be achieved through the community.”

Boosting the automotive sector’s contribution to GDP will certainly allow the country to improve its competitiveness both in the region and globally, especially against Thailand, which many global OEMs consider the automotive hub for Asean.Thailand’s automotive industry currently contributes approximately 12% to the country’s economy.

Boosting vehicle salesAnother ambitious target under the NAP 2020 is that the government intends to double total industry volume (TIV) to 1.22 million units in 2030 from around 600,000 units currently. To achieve that, Madani says the local industry would need to be able to ramp up its total production levels.

“TIV is a domestic sell. What’s important is total production volume, because this would include the number of cars exported. We have calculated TIV based on compounded GDP growth year-on-year.

“We have also taken into consideration the safety measures that are being embedded into newer cars and the old cars that are no longer safe.”

Under the NAP 2020, the government is targeting total production volume to hit 1.47 million units. A total of 571,632 vehicles were produced last year.

Total vehicle sales finally exceeded 600,000 units in 2019 after failing to surpass that mark for three consecutive years, rising 1% year-on-year to hit 604,287 units. Back in 2011, it had been projected that TIV would hit one million units by this year.

“That forecast will not be achieved this year because annual growth was initially projected at 3.5% annually; but the local automotive industry only managed to accomplish around 1.2%, ” says Madani.

“There are numerous variables on why that target was not achieved.”

On the sales outlook for 2020, the Malaysian Automotive Association (MAA) is projecting a TIV growth of less than 1% to 607,000 units.

Commenting on the NAP 2020, MAA president Datuk Aishah Ahmad says the policies can help pave the way forward for the local automotive sector. “Overall, I think the NAP 2020 is the future and is in line with the global trends. Asean countries are also focusing on the future trends. They’re looking at the next generation of vehicles. Where I’m pleased is the fact that the ministry will be taking a step-by-step approach as they start introducing next generation vehicles and new technology. Because if we’re not ready, implementing anything too soon will not be good for the industry.”

While she admits it’s well and good to prepare and pave the way for the long term, Aishah is however hopeful that the government remains cognisant of issues facing the local automotive industry right now.

“The present concerns that we have are the policies to excise duty hikes. It’s been held back for this year but what about beyond that? That creates uncertainty for the industry.” Last month, the government chose to postpone implementing a new formula on duties that will raise prices of completely-knocked-down (CKD) vehicles until next year, potentially saving car-buyers thousands of ringgit. The industry has a formula to calculate a vehicle’s open market value (OMV), which then has to be declared to customs.

However, the government had gazetted a new formula on Dec 31,2019, one that included additional factors such as marketing cost, profit and royalty. Adding these items would increase the final (on-the-road) prices of cars.

The new OMV formula only applies to CKD vehicles.

Based on internal calculations, Aishah says the new tax structure would have hiked car prices by as much as RM33,000 for high-end cars. “What we’d like to reiterate to the government is to not ignore the present situation, ” she says, adding that the recent Covid-19 outbreak has impacted some automotive players. “Chinese car companies, especially, will be impacted because their supply chain will be affected. Hyundai and a number of other brands have already announced that production has been halted because their parts are coming for China.”

For now, Aishah says it’s still too early for the MAA to revise its 2020 forecast, unless the situation worsens.

In a report earlier this month, MIDF Research said the local automotive sector is unlikely to face supply disruption in the wake of the Covid-19 outbreak, despite having direct exposure to China. 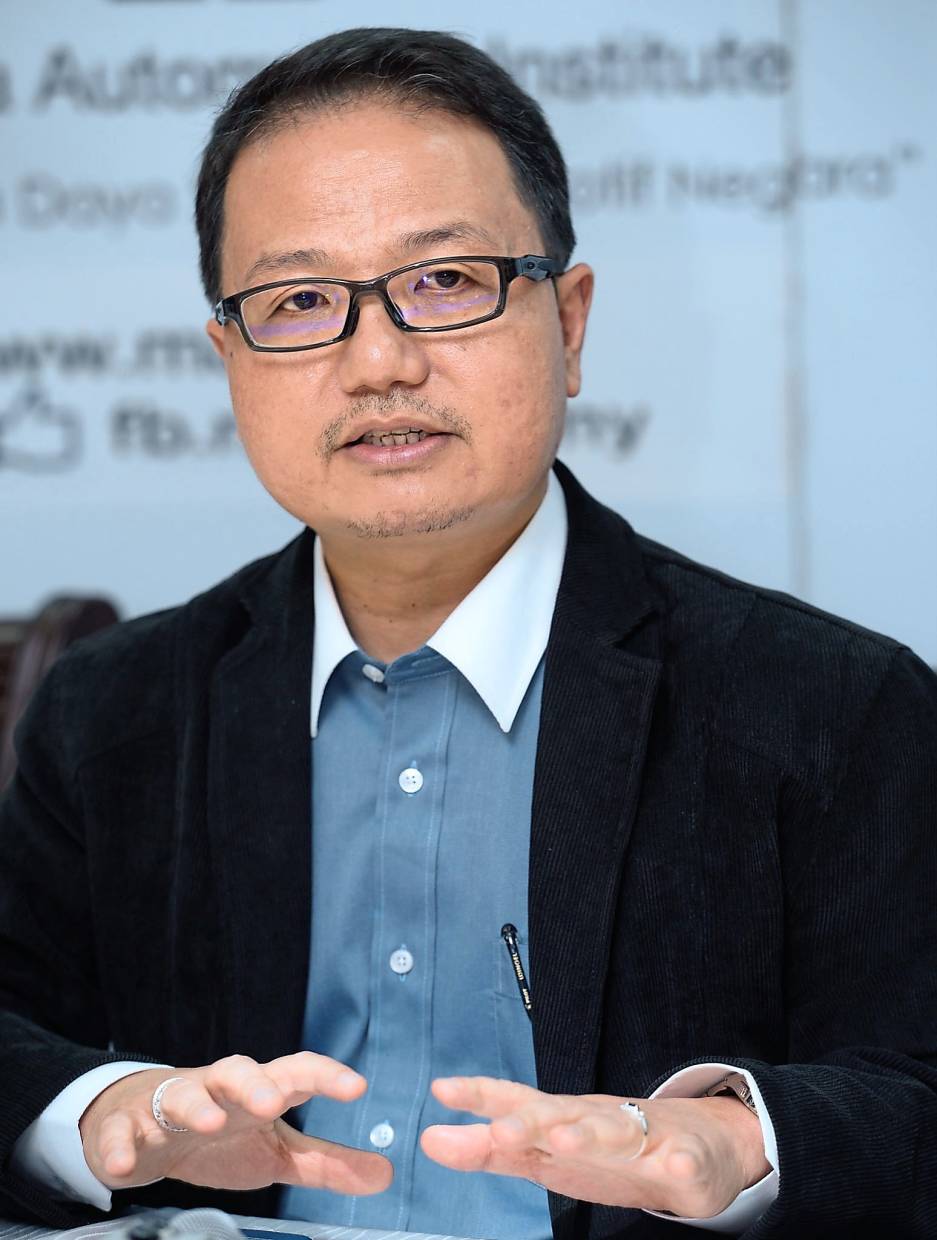 Hubei, the epicentre of the coronavirus outbreak, is one of China’s major automotive hubs.

“Contagion to other provinces increases the possibility of extended plant shutdowns.

“Component supply is a risk, given the complex automotive value chain and impact on downstream output.” The research house emphasises, however, that unlike natural disaster-driven crises such as the 2011 Japan earthquake and the Thai floods, supply disruptions could recover quickly as infrastructure and inventories remain intact.

“Malaysia’s major source of completely-knocked-down kits and components, namely Thailand, has exposure to auto part imports from China, but mainly for replacements and supply to Chinese original equipment manufacturers’ local assembly, ” it says.