KUALA LUMPUR: A slowdown in global economy especially in the first quarter of the year as a result of the corornavirus outbreak is imminent but the magnitude of it still remains a question mark.

The International Trade and Industry Ministry (Miti) has anticipated that the aftermath would probably be bigger than the 2003 severe acute respiratory syndrome (Sars) epidemic.

This is due to the higher severity of the recent virus outbreak and also the importance of China in the global trading scene and economic value chain now as compared to 17 years ago.

Deputy Miti Minister Dr Ong Kian Ming said while a slowdown can be anticipated in the Chinese economy in the first quarter, it was still too early to determine the possible impact on trade. 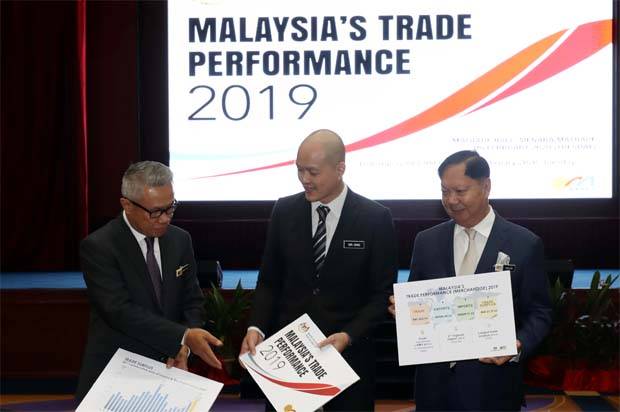 He pointed that traditionally, manufacturing activities in China was very low during the Chinese New Year period, where most factories would be closed for at least a week or longer.

Malaysia had just recorded a total trade contraction of 2.5% to end 2019 at RM1.84 trillion, on the back of softer global demand amid trade tensions and unfavourable external economic conditions.

And despite the headwinds, Ong said the country is still aiming for a total trade target of RM2 trillion this year, having failed to achieve it last year.

“No doubt there will be some disruptions in the supply chain in China and globally and the virus may prevent manufacturing activities from taking place in China. But we don’t know exactly what negative effects it will have.

“We hope to be able to see a V-shaped rebound, not just by China but also other countries that trade and do business with China, ” he said.

Ong added that trade and output figures may dip a little in February and March but once the situation bounces back to normal, the market will be able to see a rebound in numbers as early as in the second quarter this year, if everything goes smoothly.

He also said there is no need to overly panic about the trade situation and that Miti was monitoring it closely.

Malaysia’s total exports in 2019 slid 1.7% to RM986.4bil, the second highest export value to date while imports decreased more than double the rate at 3.5% to record a figure of RM849.01bil.

And the silver lining to this is, it pushed the country’s trade surplus up by 11% to RM137.39bil, marking the highest figure recorded since 2009 and the 22nd consecutive year of trade surplus.

“In 2019, there were many headwinds in the global economic situation for Malaysia and other open economies around the world.

“We have rising trade tensions, not just between the United States and China but also between Japan and the Republic of Korea, two of our very important trading partners.

“There was a bit of a downturn in the semiconductor cycle and also lower commodity prices, led by crude oil and crude palm oil price, ” he said.

China has also surpassed Singapore as Malaysia’s largest export market after being the second largest since 2012.

Exports on a whole were boosted by domestic exports, which jumped 1.4% to RM815.21bil but this was dragged down by re-exports which dropped 14.1% to RM171.2bil.

The decrease was due to lower exports of storage units for computers, other units of computers as well as data processing equipment.

While lower exports were recorded in Singapore, Thailand and Indonesia, Myanmar and Laos, there was an increase of RM2bil in exports to Vietnam, Cambodia, the Philippines and Brunei.

There were also interesting export growths in emerging markets such as Mexico which rose 8% to RM9.05bil, a 7.6% increase in Bangladesh to RM9.7bil and a 23.2% increase in Sri Lanka to RM3.56bil.

On the RM2 trillion total trade target for 2020, Ong said it will be a good target to aim for with the improvement in crude palm oil prices and oil prices, which are beneficial to oil exporting countries like Malaysia.

Asked on Miti’s plans to negotiate with the United Kingdom and the European Union now that there is some clarity on Brexit, Ong said the ministry was still waiting to see what initiatives the UK would have for some of its smaller trading partners like Malaysia.

“I think what’s important for us is to be able to have a continued flow of the relationship we have with the UK, especially in the area of services.

“This is an area where there has been a lot of trade in the current account side in terms of provision of financial services and accounting services.

“And we want to see how we can grow this service economy and investments coming from the UK will be something that we look forward to, ” he said.