Millennials and Generation Z (Gen Z) have many concerns, including their careers, lives and the world around them.

They appear to be struggling to find their safe haven, beacons of trust, and have little trust in governments and politicians, says Deloitte in its Global Millennial Survey 2019.

More than half surveyed want to earn high salaries and be wealthy just like other generations. Having children, buying homes and other traditional signs of adulthood “success markers” do not top their list of priorities.

Deloitte says they have bleak expectations of the economy, which is what it have experienced since it began asking these questions six years ago. Income inequality and the lack of social mobility are the likely factors driving economic pessimism, highlighting the negative impact of an uncertain, inequal environment, the report says.

The report says Millennials’ opinion about business continues to diminish partly because the focus of business is solely on its own agenda rather than considering the consequences for society.

Both Millennials and Gen Z, in general, will patronise and support companies that align their values and support business that make a positive impact on society.

Organisations that can make the future better for Millennials and Gen Z have the brightest future themselves. 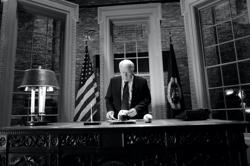