PLUS highway takeover decision next week 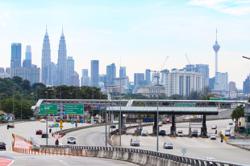 PETALING JAYA: The Cabinet has ordered the three main ministries back to the drawing board before it decides on the takeover of PLUS Malaysia Bhd, says a Works Ministry source.

The decision is now expected to be out next week, as the Works Ministry, Economic Affairs Ministry and Finance Ministry continue to iron out details on who or how to best manage the largest highway concessionaire in the country, said the source.

A decision was expected to be made yesterday. However, with the complicated nature of the deal, the deadline had to be extended by another week.

For the PLUS deal to materialise, a few conditions are key. The government must not be burdened with further debt, the toll rates have to be reduced by at least 18% and the concession period cannot be extended more than 20 years, said the source.

In late December, Finance Minister Lim Guan Eng had said that a decision on PLUS must be made soon so that the government could avoid paying more compensation.

The government had already announced the freeze on toll hikes last year, and has to compensate toll operators.

During the tabling of Budget 2020, Lim said that an average reduction of toll rates by 18% would save some RM43bil for highway users until 2038, which is when the concession ends.

So far, there have been four formal offers to take over PLUS.

The latest takeover offer came in October 2019 from businessman Tan Sri Halim Saad and Datuk Wong Gian Kui with a RM5.2bil offer to buy the entire equity interest of PLUS via Karongsa Private Capital Sdn Bhd.

His deal includes a 25% discount on toll rates, and does not seek an concession extension.

It was during Halim’s tenure as head of UEM Group and Renong Group that the company had secured a RM3.4bil contract to build PLUS. Today, he is back in a different capacity to take over the highway concessionaire.

, which has offered RM3.5bil cash to buy up PLUS. Its deal comes with a minimum 25% toll cut and an extension of 20 years.

The third offer is from a Malaysian-led, Hong Kong-based private equity firm, RRJ Capital, which has made a bid to acquire PLUS outright for RM3.5bil.

The firm, which manages US$20bil in funds sourced mainly from the United States and the Middle East, looks to offer toll discounts averaging 20% and is looking for a 20-year extension period.

Meanwhile, Tan Sri Abu Sahid Mohamed of Maju Holdings Sdn Bhd is the only bidder to put in an enterprise value offer for PLUS at RM34.9bil. Maju is the concession holder of the Maju Expressway (MEX).

As it is, the government currently owes PLUS RM2.7bil in toll compensation.

In a statement last October, Maju Holdings said that if Maju took over PLUS, it wouldn’t hold the government responsible for these debts. This would translate into RM2.7bil in savings for the government.

Further, the company has also pledged to invest RM5.3bil on improving all the highways under PLUS.

Maju’s enterprise value to purchase PLUS includes outstanding debt to bond-holders of RM34.9bil. This purchase consideration is a reflection of the true and fair value of the company and its assets, Maju had said.

In the public realm, very little is known about Abu Sahid’s businesses, as most of his companies are privately held. He does, however, have a 12.99% stake in Ipmuda Bhd

, which supplies building materials and finishing products to the construction industry. Abu Sahid is the executive chairman of Ipmuda.

PLUS today operates eight expressways under five concessions. These concessions end in 2038.

Currently, PLUS is controlled by the UEM Group – a subsidiary of Khazanah Nasional Bhd – and the Employees Provident Fund (EPF). Khazanah holds a 51% share in PLUS, while the remainder 49% is held by the EPF.

Khazanah, which is the country’s investment arm, has said that it has no plans to divest PLUS. Nonetheless, the government has shown willingness to consider private bids for the highway company.

Prime Minister Tun Dr Mahathir Mohamad has said that it would be a better option for the private sector to take over the highway concessionaire, as the government isn’t interested in being involved in business.