THE much-anticipated arrival of virtual banking in Singapore is unlikely to be an “aha” moment for consumer finance, but corporate banking will be different. One should expect disruption.

The application period for Singapore’s first Internet-only lenders ended last week with five known hopefuls, so far, for as many licenses on offer. The move mirrors the grant of eight licenses in rival financial centre Hong Kong. The idea is to introduce fancy fintech tools - big data, machine learning and artificial intelligence - into local banking systems to make them more competitive. The Singapore winners will be known by mid-year.

Both are seeking full bank licenses, which require S$1.5bil in capital and local control.

Singapore’s Business Times reported that China’s ByteDance, which owns the video-sharing app TikTok, is also making such a bid.

The difference with full banks is that the wholesale versions won’t be allowed Singapore dollar savings deposits, but can take current-account deposits from businesses. The capital required is just S$100mil, and foreign players can be in the driver’s seat.

Grab, which is partnering with Singapore Telecommunications Ltd, may target its ride-hailing customers and drivers as well as small and midsize firms. Grab’s financial ambitions aren’t exactly new. Early last year, it hooked up with China’s ZhongAn Online P&C Insurance Co to create a digital insurance distribution business in South-East Asia. Chubb Ltd was the first to sign up, offering Grab’s Singapore drivers protection against loss of income from illness or accidents.

Still, a fully fledged bank is a different proposition. Start with deposits. How will Grab or Razer convince Singaporeans to switch allegiance from the three homegrown banks, DBS Group Holdings Ltd, Oversea-Chinese Banking Corp, and United Overseas Bank Ltd? The wealthy Asian city-state of 5.6 million people isn’t exactly teeming with unbanked multitudes. And even if there are some under-served segments, such as small firms, is it really worth writing a US$1bil plus check to sign them up?

Competition will be fierce. DBS, the default choice of Singapore depositors, has built up formidable digital-banking capabilities of its own. It’s a stretch to imagine that virtual challengers will offer add-on services like innovative insurance products while bricks-and-mortar Singapore banks look on helplessly.

Among the new entrants, Ant, which is part-owned by Alibaba Group Holding Ltd, has the most well-rounded expertise in finance. And it seems to be pursuing a cautious strategy. Ma wants to do better than compete for retail deposits – or, for that matter, to use a virtual bank to drive e-commerce.

Alibaba’s Lazada, which operates online stores in Singapore and elsewhere in South-East Asia, has enough payment options to support commerce. The site signed a co-branded credit card deal with Citigroup Inc just three months ago. DBS and OCBC cards also offer installment payment plans to consumers buying from Lazada, which jostles with another Asian website, Qoo10, for the top spot in the city’s online retail market.

Bringing wealth management services – including financial advice generated by algorithms – to the not-so-rich may make for a more lucrative foray, but the real bet for Ma lies elsewhere, and is a longer term gamble.

As my colleague Nisha Gopalan and I wrote last year, corporate cash management is where the potential of digital disruption is the largest and most profitable.

Take just one part of that: moving funds. The Asia-Pacific region generates US$85bil in annual fees for banks for such transfers, according to McKinsey & Co, with two-thirds coming from what businesses send to each other and to individuals.

If the Monetary Authority of Singapore’s Project Ubin, an exploration into central bank digital currencies, pans out, it’s entirely conceivable that a clunky and costly chain of correspondent banks will be bypassed.

Cross-border payments will be settled using cryptocurrency tokens, which offer the advantage of “atomicity”: all parts of a blockchain transaction will succeed or fail together. Money won’t get stuck somewhere in the middle.

As China’s largest online financial platform, Alipay will be entrusted to propagate the digital yuan, which the People’s Bank of China may start offering as early as this year.

Being able to push these digital tokens into corporate and institutional use at a major global trading and banking hub such as Singapore is a much bigger opportunity than accepting retail funds or using analytics to make small ticket loans to Millennials.

By forsaking the privilege of taking small deposits, Ma will have to deploy only a fraction of the capital that other challengers will bring.

Even if Ant’s payday in the backroom of Singapore’s banking takes time, he can afford to be patient. — Bloomberg Opinion 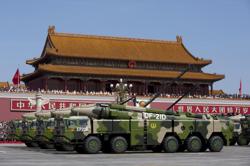 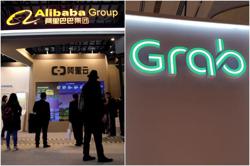 Alibaba in talks to invest US$3bil in Grab, says report 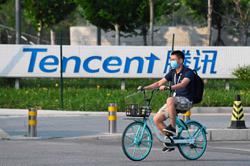