SOON after Jalil Rasheed took the helm of Permodalan Nasional Bhd (PNB) two-and-a-half months ago, one of the first things he initiated was a corporate Malaysia summit.

The summit tackled issues of pushing for better governance in corporate Malaysia and that piqued questions over the move to have that messaging from a newly appointed CEO.

But now, following PNB’s declaration of its lowest dividend ever, it is clear that Jalil and PNB group chairman Tan Sri Zeti Aziz are serious about raising the governance standards in its investee firms and by doing so, extracting more value from them.

The plan is broad-based and is set to roll out in the first quarter of next year.

In its review of companies PNB puts its money into, a comprehensive governance framework will be imposed on PNB’s strategic holding companies.

Among other things, this involves PNB taking a more active role in major decisions such as capital allocation by these companies.

For example, if one of PNB’s strategic investee firms wants to make a big acquisition, PNB will get involved in that discussion. 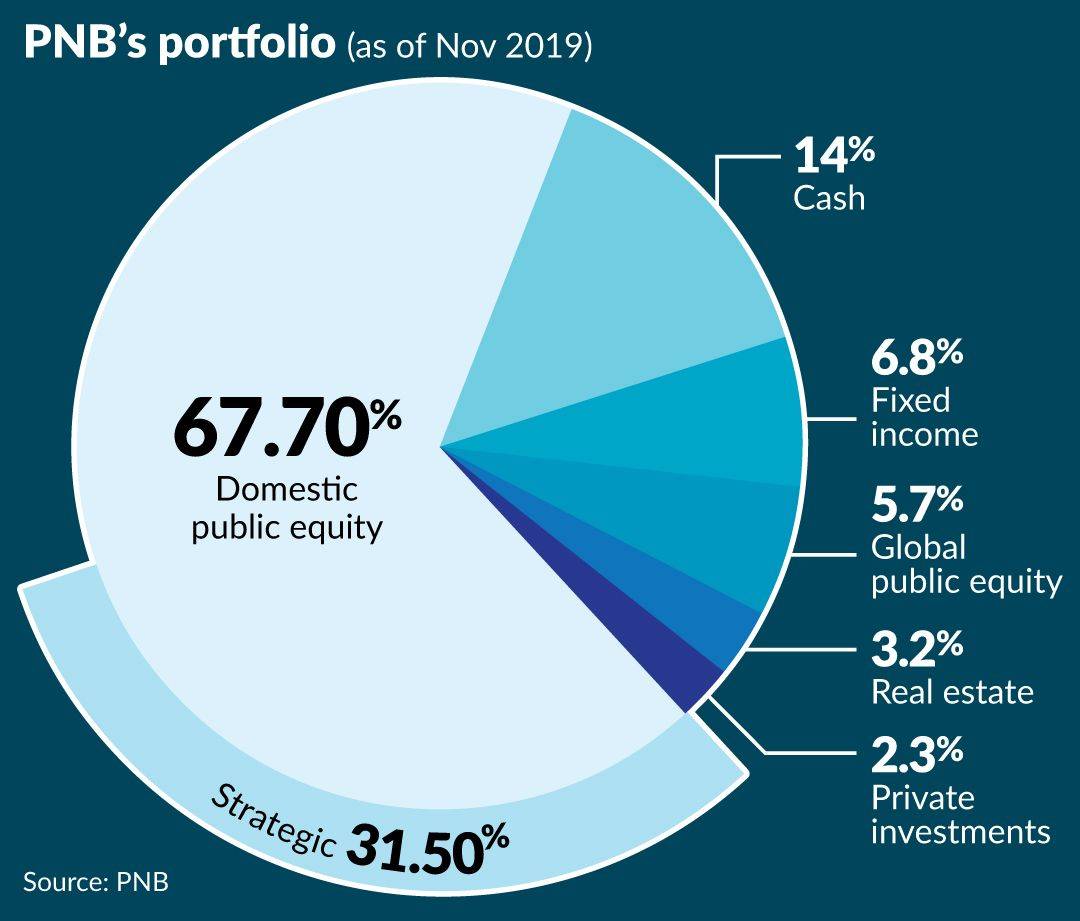 “If we deem that the investment is not attractive, we will suggest the company not embark on that capital commitment and instead look into the possibility of divvying out more cash instead.

“If we think the deal will be good for the company, then we may support it in the hope it will give PNB increasing returns later.

“It is our objective to be a catalyst and play the corporate stewardship role, ” Jalil explained to editors in a briefing this week, prior to the announcement of the fund’s results.

Another initiative that PNB will kick off with its strategic holding companies are to suggest shorter targets for management to achieve.

“We want to see these companies have one-year, and at most three-year key performance indexes (KPIs).

“If we set these targets to, say 10 years, it is unrealistic because the business climate is constantly changing in current times, ” he said.

Another area to focus on is the quality of directors of these companies.

PNB has done a study on the quality and skill sets of the current directors at these companies and found that in some cases, directors’ (skills) have little relevance to the skills and expertise needed for the current environment of business, especially in banks. This also relates to the issue of succession planning in some of its strategic investee companies, which Jalil adds, “is something that needs to happen”.

An overhaul is needed given the declining trend of dividends in recent years. PNB is one of the nation’s biggest investors in the local equity market.

Its major holdings are in MALAYAN BANKING BHD

Prolintas is the nation’s second largest highway concessionaire in Malaysia, following PLUS Expressways.

The Sungai Besi-Ulu Klang (SUKE) and Damansara-Shah Alam (DASH) highways are expected to be completed next year, which would shift PNB’s risk and cashflow profile of its highways going forward.

PNB will also be conducting a review of its strategic and core investee companies and study the efficiency of its asset allocation. 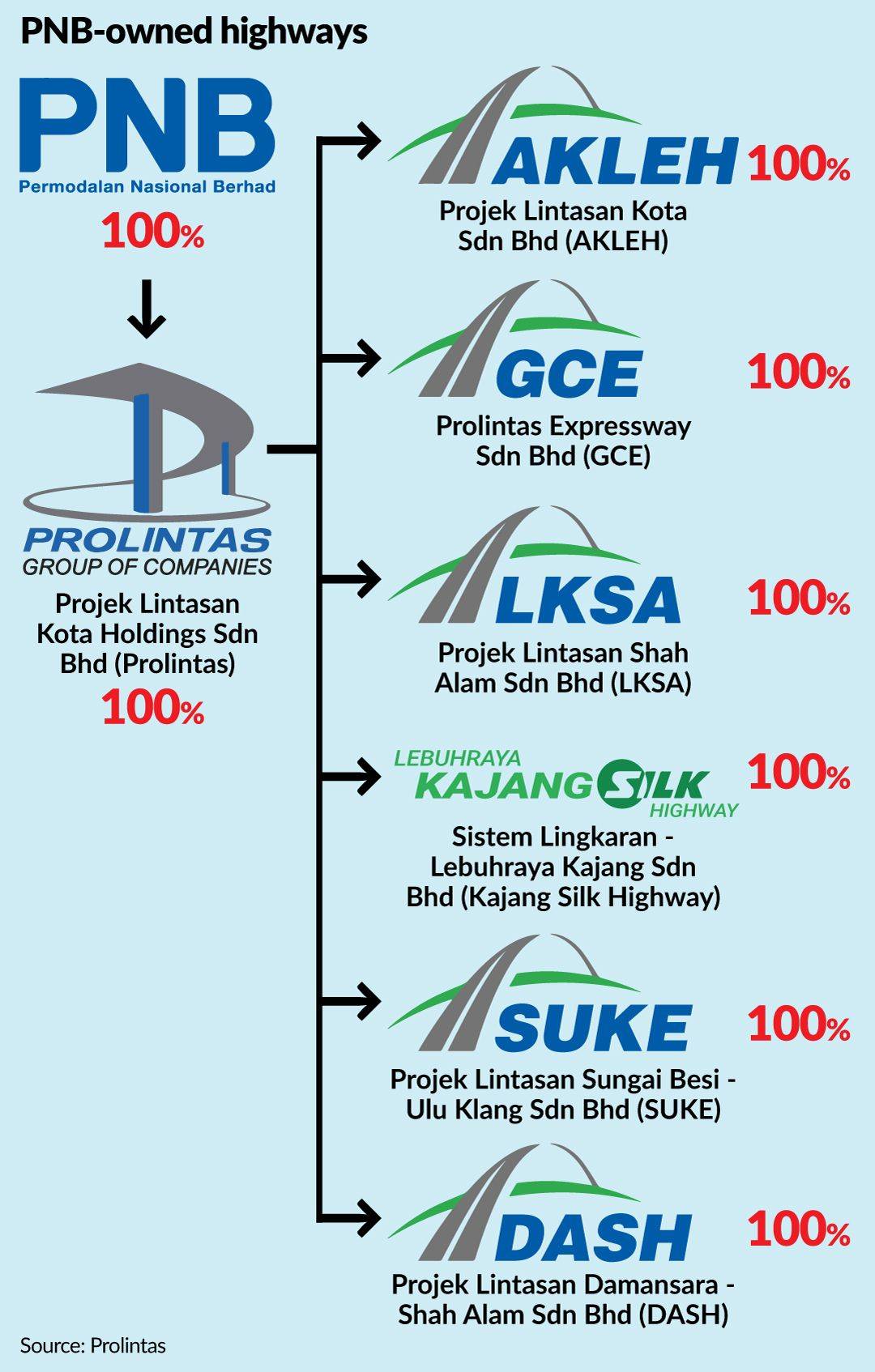 A brief observation of the fund’s strategic investee companies will show that PNB has substantial stakes in core companies that are involved in similar business segments.

Sime Darby is involved in industrial, motors, logistics and healthcare businesses, while UMW Holdings Bhd has three core businesses which are automotive, equipment, as well as manufacturing and engineering.

Jalil says PNB, with 14% of its fund in cash on hand, would not have to utilise all of it to make purchases of foreign assets. There is the option of using debt to leverage on purchases especially in the private equity space but the gestation period of those investments tend to be longer.

Expectations are that there will be large foreign equity purchases and given Jalil’s track record of managing US$1.2 trillion worth of funds at Invesco in Singapore, there will be familiarity in buying such equities.

Also, the options of purchasing syariah-compliant overseas companies should not be an issue, given there is a large number of syariah-approved stocks by MSCI and that any other purchases will be scrutinised and approved by PNB’s own syariah committee.The rationale of expanding its foreign investments is due to the Malaysian equity market’s lack of size to sustain greater returns.

That can be seen in how foreign equities have contributed greatly to the returns that the Employees Provident Fund (EPF) generates on a yearly basis.

However, this gives rise to the issue of obtaining approvals from regulators like Bank Negara for the mobilisation of cash overseas.

PNB announced the dividend payout for its flagship fund Amanah Saham Bumiputera on Wednesday, at 5.5 sen per unit – the lowest dividend since the fund’s inception in 1990.