Growing F&B chain: An Uncle Don’s outlet in Petaling Jaya. The group has 18 outlets in total at the moment and plans to add 15 more next year.

Local food and beverage (F&B) chain Uncle Don’s hopes that a listing exercise, slated for sometime next year, will help fund its expansion plans, which include the establishment of new outlets overseas.

If the exercise materialises, Uncle Don’s will be joining other consumer-driven companies like Loob Holding, which owns bubble tea brand Tealive, home improvement retailer Mr. D.I.Y. and mobile company U Mobile Sdn Bhd in bringing their companies public next year.

Uncle Don’s, which is known for its affordable drinks and pub-like food like grilled chicken chop, plans to go public either via a reverse takeover (RTO) route or a direct sale of its shares.

When asked, D&D Food & Beverage Sdn Bhd CEO Ian Ong confirms the plan, saying that the company is weighing an IPO option versus a RTO option for now.

“We are working out the best corporate strategy,” Ong, who founded the F&B chain with his business partner, Don Daniel Theseira, tells StarBizWeek.

Asia Poly owns two out of the 18 Uncle Don’s restaurants located all around the country via a joint-venture with Uncle Don’s Holdings.

It is understood that there is a plan to add on another 15 Uncle Don’s outlets nationwide next year alongside at least two in Singapore, the group’s first overseas venture.

Although its financials are not publicly known for now, Uncle Don’s has been reported to make a revenue of some RM50mil per annum.

Sources familiar with the proposed listing say if the company opts for a direct sale of shares, there is a possibility of it listing the shares in Singapore as opposed to Malaysia to get higher valuations in the former, which is a more mature market.

At the moment, there is no indicative value of how much will be raised or how much the company will be valued at, but it is understood that the firm has already held discussions with two corporate advisers although neither has been engaged formally.

Tealive, according to reports, is expected to raise up to RM300mil, Mr. D.I.Y., between RM1.5bil and RM2.1bil and U Mobile, around RM2bil as well.

Notably, another F&B company, QSR Brands (M) Holdings Bhd, the operator of the KFC and Pizza Hut chain of restaurants in Malaysia, would have raised as much as over RM2bil this year, had it not shelved its IPO plan.

Still, IPOs in Malaysia have rebounded this year, almost tripling in amount raised from last year.

Within the small-cap sphere, two small brokerages namely M&A Securities and Mercury Securities dominated, with M&A handling almost half of this year’s ACE market IPOs, helping to raise some RM254mil.

This year, there have been 30 listings collectively so far – four companies listed on Main, 11 on ACE and 15 on LEAP – which together raised some RM2.15bil.

The largest IPO exercise this year was that of integrated poultry, egg and livestock feed producer Leong Hup International Bhd which raised over RM1bil, priced at 15 times price earnings multiple.

Corporate advisers say there remains a dearth of new large companies in Malaysia.

From the issue of structural problems to political issues in the country, Malaysia needs to have its policies addressed to make it a fertile ground for companies to grow, they say.

Ian Yoong Kah Yin says it’s simply a case of the pricing of the IPOs by promoters being deemed to be “very high” by institutional placees and high-net-worth investors when it comes to the seemingly lack of mega listings.

“The investment story has, therefore, to be compelling, mainly (have) high earnings growth potential or be at low earning multiples,” he says. 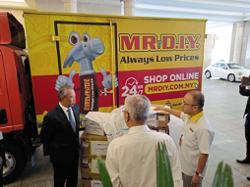 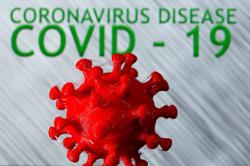 Chinese vaccine could be ready by year-end, government body says