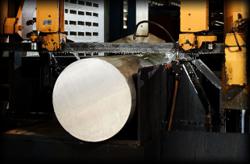 "Our balance sheet growth remained strong with loans and deposits growing steadily, driven by our Malaysian consumer business,” he said in a statement today.

For the first nine months of its financial year ending Dec 31, 2019 (9MFY19), CIMB Group’s net profit declined to RM3.68bil from RM4.54bil in the same period last year and revenue decreased to RM13.27bil from RM13.31bil previously.

He said the banking group recorded a strong operating income of RM13.27bil, up 7.2% (y-o-y) underpinned by growth in NII and NOII.

He said net interest margin (NIM) declined slightly to 2.47% in 9MFY19 from 2.52% in 9MFY18 mainly from the spread compression in Malaysia and Thailand.

"The loan to deposit ratio (LDR) stood at 91.6%, reflecting a strong liquidity position with our current account saving account (CASA) ratio strengthening to 34.3%,” he said.

He said the banking group’s gross impairment ratio stood at 3.2% as of end-September 2019, with an allowance coverage of 94.8%.

He said PBT at the banking group’s wholesale banking division increased by 16.7% y-o-y to RM1.5bil from lower corporate provisions and improved capital market activity which brought about a 14.2% growth in NOII.

However, he said the overnight policy rate (OPR) cut in Malaysia and increased provisions from the Malaysian Financial Reporting Standards 9 (MFRS9)-related effects had an impact on the banking group’s consumer banking with PBT declining 36.2% y-o-y to RM1.35bil in 9MFY19.

Total deposits, including investment account, increased by 16.7% y-o-y to RM86.5bil with CIMB’s "Islamic First” initiative continuing to drive the business in Malaysia and Indonesia.

On performance by country, he said Malaysia saw a stronger performance at commercial and wholesale, partially offset by weaker consumer PBT, while non-Malaysia PBT contribution to the banking group stood at 34% in 9MFY19.

"Indonesia’s PBT was 6.2% higher y-o-y at RM963mil in 9MFY19 driven by stronger operating income, particularly from its consumer business, while underlying provisions remained steady,” he said.

He said Thailand's PBT contribution of RM268mil was 18.8% lower y-o-y from weaker trading income and higher overheads, while total PBT contribution from Singapore was 11.5% higher y-o-y at RM359mil from better NIM.

Tengku Zafrul said CIMB Group has been investing for the future to ensure that it remained resilient and competitive.

"We are happy that the investments put in place, specifically in Touch ‘n Go, Philippines, Vietnam, and Thailand, have already shown encouraging results,” he said.

He said CIMB Philippines, through its digital banking proposition, has acquired more than a million customers within just 10 months of operations.

He said the banking group remained on track to meet its key financial targets while continuing to be vigilant on global uncertainties.

"Tangible progress has been made in all our Forward23-related investments to future proof the Group,” he said.

Going into 2020, Tengku Zafrul said CIMB Group would continue to make the necessary investments, particularly in its people and technology, to ensure the group’s resilience in anticipation of banking industry challenges. 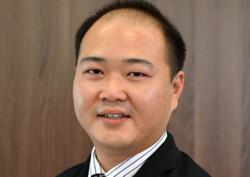 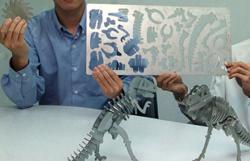