Slow recovery: Lee says a full-fledged recovery in the property sector may take at least two to three years.

THERE has to be structural changes to the housing sector if it is to climb out of its current malaise, two industry sources say.

Both declined to be named while a third source, economist and executive director at the Socio-Economic Research Centre (SERC) Lee Heng Guie says a full-fledged recovery in the property sector may take at least two to three years from now.

Lee says this is in view of the large property overhang, affordability issues, cautious sentiment and concerns over the economic prospects.

When asked if Malaysia would suffer a double whammy in the event of an economic slowdown brought about by external factors, Lee says:

“An external shock-induced economic slowdown in domestic economy would weigh on the already cautious and weak buyers’ sentiment, and hence, result in further weakening property sales.

“The persistent property overhang and weak property sales will also drag down the construction sector.”

He says developers have slashed prices by between 20% and 30% to help reduce unsold stock and to ease cash flow.

Meanwhile an industry analyst says the issue is not just lending, but that there are many issues within the housing sector that have to be cleaned up.

An industry source who declined to be named says the current malaise affecting the sector is more than financing and lending, although banks need to improve their risk assessment methodology.

A low rate of loan impairment does not mean there is no risk. Last month, Bank Negara’s financial surveillance department director Qaiser Iskandar Anwarudin says housing loan impairment is only 1.3% as at the second quarter of 2019, similar to the previous quarter.

Bank Negara also said last year that it was seeing a slight uptick in defaults in 2018 and this has continued to 2019.

This involves those with variable income and properties of more than RM500,000, Qaiser says.

The source says in view of the swirling external concerns coupled with various challenges facing the property sector, banks has to set up their risk assessment tools.

“When the spread between rental yield and interest rate narrows, the banks should take note, ” the source says, adding that the spread has narrowed significantly compared to five years ago.

Therefore, risk mitigating methods have to be more stringent but this need not necessarily mean lend less. It means banks must be able to quantify the rental yield and interest rate dichotomy.

“They may suspect, or even know, that there is something wrong so they dare not lend further. They say that their exposure to a particular sector is already too high, ” the source says.

The source says while this is from the bank and lending institution’s perspective, valuers must also up their ante.

The source says valuations based on the comparison method is as good as yesterday’s valuation.

It is historical, the source says. Having said that, the source says some valuers are aware that the rent yield and interest rates have narrowed and have taken that into consideration.

The issue is, if the valuer gives too low a valuation, the bank has to do an impairment, so the valuer based his work on a comparison method, which is also one of the easiest to do.

As for the property sector, Malaysia has an oversupply of every segment of the market, from office space to retail, an overhang of residential and yet, ironically, not enough affordable units.

Another industry source says housing is a social issue and the government wants to promote house ownership.

“Having a roof does not mean you have to own it. You can rent. The government wants to promote this too in their Rent To Own initiative. “

The source says it is understandable why the government wants to support the housing sector but developers must run their businesses with proper calculations. — By Thean Lee Cheng

Caught with abandoned or sick project 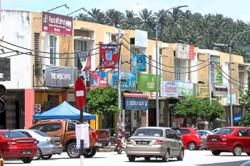