Newer townships such as Gamuda Cove, Gamuda Gardens, and twentyfive.7 saw improved take up rates. File picture taken in September this year shows people looking at a model of Gamuda Cove. - The Star

’s earnings last quarter and cushioned the impact of lower income from its construction division.

For the full year (FY19), net profit was RM706mil compared with RM539mil made previously.

“The group anticipates next year’s performance to be driven by overseas property sales especially Vietnam and the progress of Mass Rapid Transit Line 2 (MRT 2) that continues to pick up pace, ” Gamuda said in a filing with Bursa Malaysia yesterday.

The two projects are the biggest contributor to the group’s overseas sales ahead of developments in Singapore and Australia.

At home, Gamuda said projects such as Horizon Hills and Jade Hills continued to sell well, while newer townships such as Gamuda Gardens, twentyfive.7 and Gamuda Cove saw improved take up rates.

On the construction side, work progress on the MRT 2 project remained on track.

Gamuda said overall cumulative progress at the end of July 2019 for elevated works had reached 59%, while the underground package was at 60% completed.

Last year, MMC-Gamuda agreed to reduce the total cost of the MRT 2 project from RM39bil to RM30.5bil.

Meanwhile, the company is looking to close at least two major deals in the coming months.

One is for the disposal of its stakes in four highways, valued at RM2.36bil to the government.

“Negotiations with the Government to finalise the terms and conditions of the definitive agreements are expected to commence soon, ” it said.

Gamuda also said that the Penang state government has extended the validity of the letter of award to SRS Consortium - in which Gamuda has a 60% stake - as the project delivery partner (PDP) for the implementation the Penang Transport Master Plan (PTMP) to Feb 29,2020.

The major components of Phase 1 of the PTMP are the light rail transit (LRT) from George Town to a reclaimed artificial island, the Pan Island Link 1 highway and reclamation works. 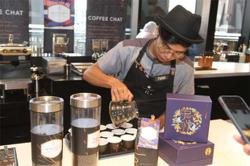