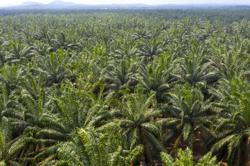 JAKARTA: Indonesian authorities are studying a plan to mete out harsher penalties to companies found burning forest and peat land, an environment ministry official said, as the country faces its worst forest fires and haze problems since 2015.

The country has spent months battling fires, often caused by slash-and-burn farming practices, as the El Nino weather pattern exacerbates the annual dry season and helps create a choking haze across the region.

Among the stricter punishments the government is considering is the use of an anti-money laundering law against those burning down forest areas, Rasio Ridho Sani, director general of law enforcement at the environment ministry, told reporters on Monday.

The rules will allow the seizure of profits from companies or individuals who have benefited financially from the intentional burning of land, he added.

The government has sealed off burned areas within concessions controlled by 52 companies, Sani said, and the authorities are investigating five companies for suspicion of starting fires or being negligent in containing fires within their area.

Indonesia's disaster mitigation agency said more than 320,000 hectares (790,000 acres) of forest was burned down from January to August this year, in what is seen as the worst such damage to the forests since 2015.

Authorities have deployed 29,000 personnel and 48 helicopters to try to contain fires, as well as deploying aircraft to conduct cloud seeding in efforts to trigger rainfall.

Sani said the environment ministry was also encouraging local governments who issued permits to revoke them for those responsible for the fires.

Following 2015 forest and peat-land fires which cost the country $16 billion in damages according to the World Bank, the government took 14 companies to court. Five are still on trial or in mediation talks, while three other companies have not yet been brought to court, ministry data showed. - Reuters 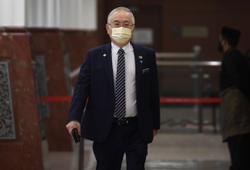